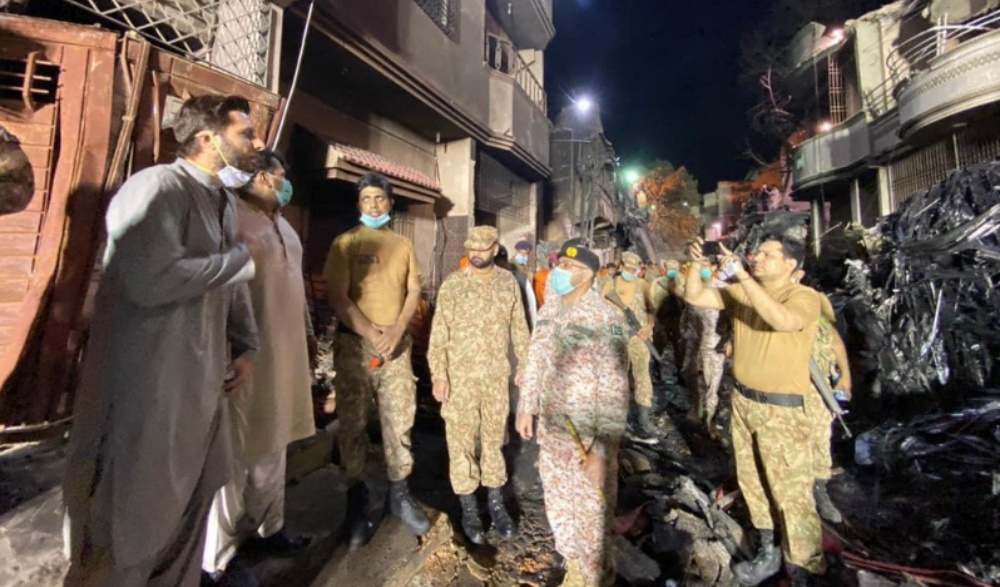 A flight of Pakistani International Airlines (PIA) carrying 91 passengers crashed into the Model Colony in Karachi. The crash claimed the lives of approximately 27 people from the residential colony. The incident happened near Jinnah International Airport. After the incident, when the rescue operation was, cricketer Shahid Afridi made it to the crash site. The former Pakistani cricketer is known to perform a lot of humanitarian activities, not only condoled the death of the people on social media but also reached the site. This surely did not go down well with the Pakistani fans as they slammed the former cricketer for being publicity-hungry. Yasir Shah Tweets About His Well-Being After Rumours of His Death Surface on Social Media, Sends Thoughts & Prayers to Departed Due To PIA Plane Crash.

Pictures of Shahid Afridi visiting the site went viral on social media and it evoked many negative reactions. The fans in Pakistan not only called him publicity hungry but also questioned the army for allowing the former cricketer on the site. Afridi also posted a few pictures of himself on social media where he was seen inspecting the site. Now let’s have pictures and then a few reactions by the Pakistani fans.

.@SAfridiOfficial at the #PIAPlaneCrash spot to see the rescue work being done by the armed forces. pic.twitter.com/vNsyuNL4wy

Why is the army babysitting Shahid Afridi? https://t.co/PU7xtcgSMk

What is Afridi doing at the crash site?

Why our security forces supporting Shahid Afridi and in what capacity? I have serious questions !! pic.twitter.com/d2Z6bZ8RCh

Talking about the crash, the unfortunate incident has claimed the lives of 97 people and has a couple of survivors.  As per the Sindh Health Ministry, 19 people have been identified.