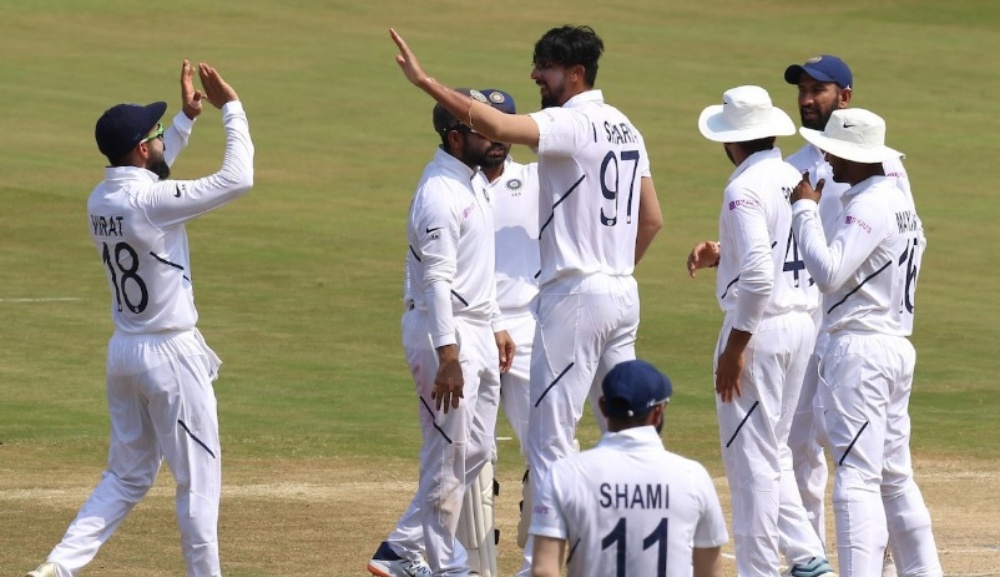 On the day 3 of India vs South Africa 1st Test 2019, Temba Bavuma was the first one to make way to the pavilion on the score of 18 runs at the VDCA Stadium in Vishakhapatnam. Bavuma looked quite good from the start of his game and was in full mood to trouble the Indian bowlers. This is where Virat Kohli and Ishant Sharma had a meeting with Mohammed Shami. The Indian cricket captain was quite animated when he instructed Ishant Sharma to bowl an inswinger. India vs South Africa, 1st Test 2019, Day 3 Stat Highlights: Dean Elgar & Quinton de Kock's Centuries Help Proteas Make a Comeback.

Kohli instructed about the in swinger particularly because Bavuma was hanging on the back foot. Sharma not only agreed to the plan but even went onto implement the same. Needless to say, the South African batsman made way to the pavilion. The team took the DRS which showed that he was plumb and that's how the Indians got the wicket of Bavuma.

The BCCI also shared the video of the entire incident on social media. Check out the video below:

Talking about day 3, the first two sessions were dominated by the visitors. It was Faf du Plessis who made his first half-century in India. Whereas, Quinton de Kock scored 111 runs and became the first South African keeper to score a Test hundred in India. Meanwhile, the Indian bowlers Ravichandran Ashwin snapped five wickets and bowled at an economy of 3.12. Whereas, Ravindra Jadeja got a couple of wickets and bowled at an economy of 3.14. As of now, the South Africans have lost eight wickets and have made 385 runs.