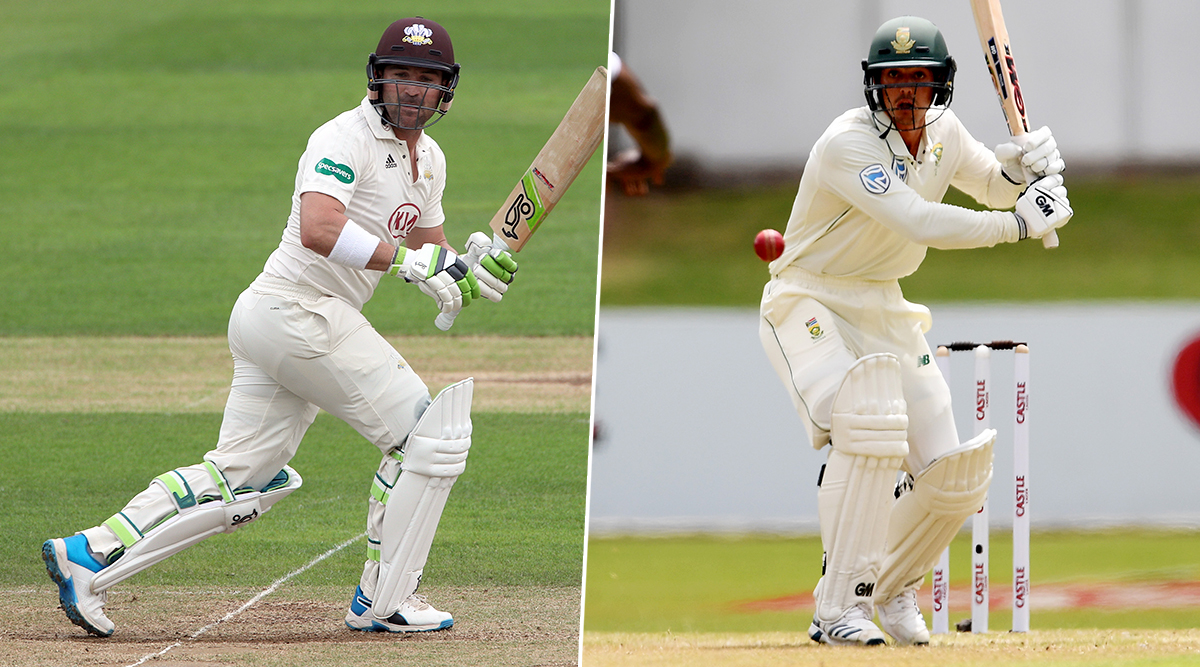 On Day 3 of India vs South Africa 1st Test 2019, Dean Elgar and Quinton de Kock scored a century each to save their side from what could possibly have been an inning defeat. At stumps on Day 2, South Africa were 39/3 where most of us would have thought that the visitor would not be able to save follow on. However, Dean Elgar played an inning of his life where he made 160 runs from 287 balls before falling prey to Ravindra Jadeja. Adding to icing on the cake Quinton de Kock chipped in with a quick century which has indeed helped Proteas make a comeback. Although, India is still on the driving seat as at stumps on Day 3, South Africa has made 385/8, still trailing by 117 runs. India Vs South Africa, Cricket Score 1st Test Match.

South Africa still have Senuran Muthasamy and Keshav Maharaj batting on the crease. These both will try their level best to take South African inning as deep as possible. South Africa will not want India to have much lead. Also when South African bowlers will come out to bowl, they will have to plan a strategy to dismiss in-form Rohit Sharma and Mayank Agarwal earlier in the inning. On Day 3, Ravichandran Ashwin was yet again the stand out bowler as he took a five-wicket haul. Now, let’s have a look at the stats of the match. Quinton de Kock Becomes the First South African Wicket-Keeper to Register a Test Century on Indian Soil, Achieves Feat During IND vs SA 1st Test 2019.