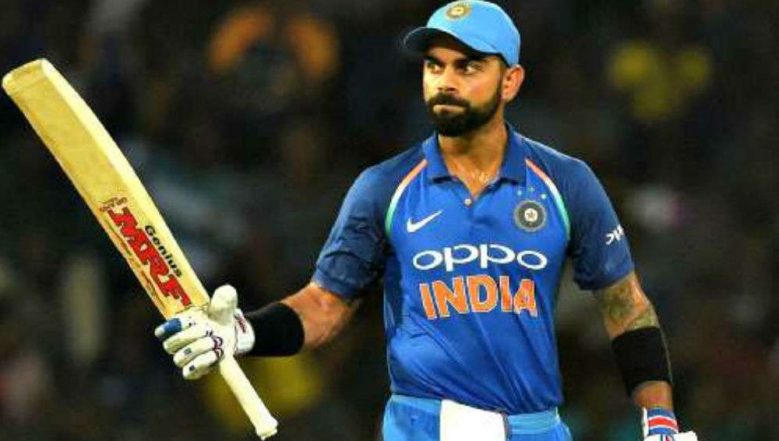 Breaking records is becoming a regular business for Virat Kohli. By now, the Indian cricket captain has broken several records throughout his career. Ahead of the ODI series against West Indies, the Indian cricket captain is about to add another feather to his hat. Virat Kohli just 221 runs away from getting his 10,000 ODI runs. The 10,000 run-getter elite club comprises players like India stalwarts like Sachin Tendulkar, MS Dhoni, Sourav Ganguly and Rahul Dravid. If Kohli manages to get 221 runs in five one-day internationals, he would be the 13th player and fifth India to achieve the feat. The India captain as of now holds the record for having the second- highest number of centuries in ODI with 35 hundred.

Master Blaster Sachin Tendulkar is at the top of the table with 49 centuries. Kohli so far in 211 ODIs has 9779 runs with an average of 58.20 runs under his belt. Sachin Tendulkar, Sourav Ganguly, Rahul Dravid and Mahendra Singh Dhoni have registered their names in the 10,000 run ODI club. As of now, Sachin Tendulkar tops the list of highest run-getters with 18,426 runs in ODIs. Behind him are Sri Lanka's wicket-keeper batsman Kumar Sangakkara (14234 runs), Australia's Ricky Ponting (13704 runs), Sri Lankan Sanath Jayasuriya (13430 runs).  India vs West Indies 2018 ODI Series: Ravindra Jadeja Could Break Kapil Dev’s Record.