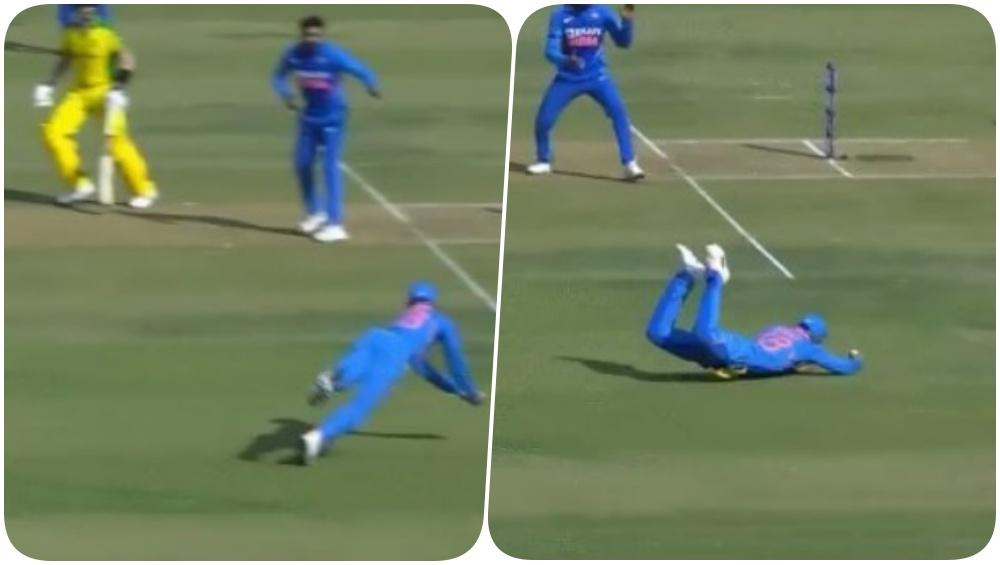 After losing the toss for the third time in a row, Virat Kohli and men are put to field first by the Australians which is currently underway at the M Chinnaswamy Stadium in Bengaluru. Now, Virat Kohli was seen exhibiting a brilliant piece of fielding as he dismissed Marnus Labuschagne. While celebrating the wicket Virat Kohli emulated the famous Robin Uthappa cap celebration which the Karatanka player performed during the inaugural edition of the T20I World Cup. The Indian captain was seen grabbing a flyer as he was stationed inside the 30 yards circle. This happened when Ravindra Jadeja was handling the bowling duties and he bowled full. India Vs Australia Live Cricket Score 3rd ODI Match.

The Indian captain dived to grab that one across the length to grab a stunner. With this, the Indian cricket captain once again stunned his fans with the catch. Marnus Labuschagne got dismissed after he scored a half-century. But the video of the catch went viral. But what caught attention was the cap celebration that as performed by Robin Uthappa after the famous bowl out during the match against Pakistan.

Check out the video below of Robin Uthappa’s celebration below:

What a catch #ViratKohli #INDvAUS 👏🏼

#ViratKohli - THAT was seriously good sir! What a catch! #INDvAUS

As of now, Australia has lost five wickets and at the score of 224 runs. Steve Smith is cruising towards getting his 100 and Alex Carey made way to the pavilion just before we went online.