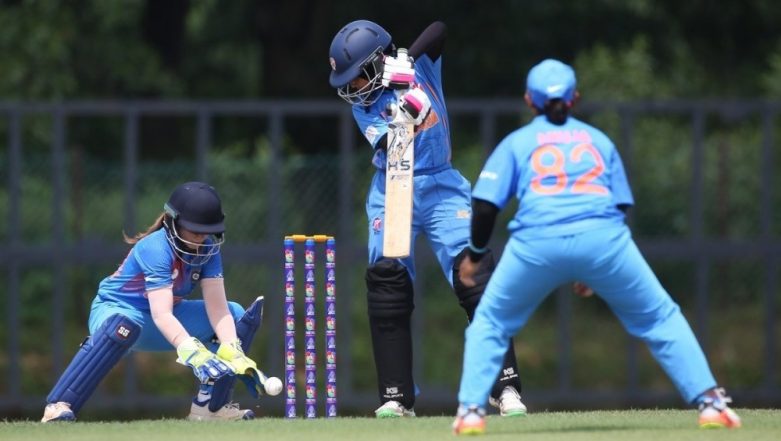 Women’s cricket team of Indian registered an emphatic 142-run win in the opening match of Asia Cup T20 2018 against Malaysia. Opting to bat first, Indian Women’s team posted 169 for three in their allotted 20 overs. In response, Malaysia were bundled out for just 27 runs. As many as six Malaysian batters were dismissed for a duck with Sasha Azmi’s nine being the highest. Apparently, none of the Malaysian batters made it to the double-figure.

Malaysian team struggled right from the start of their chase and were left reeling at 12 for five after 4.5 overs. Though it took Indian bowlers 13.4 overs to wrap up the Malaysian innings.

Earlier, opener Mithali Raj smashed 97 off 69 balls to power India to 169. The right-hander slammed 13 fours a six during his knock. India’s batting got off to a shaky start as they lost opener Smriti Mandhana early in the second over. Following her dismissal, Malaysia managed to pick wicket of Pooja Vastrakar as well to make it 35 for two for India.

Mithali then added 86 runs for the third wicket captain Harmanpreet Kaur to take India to a solid position. Kaur was then run out on an individual score of 32 Deepti Sharma scored 18 off 12 balls to take India past 150-run mark.

India will next face Thailand at the Royal Selangor Club on June 04. The Harmanpreet Kaur-led side will take on arch-rivals Pakistan in their last league game on June 09.