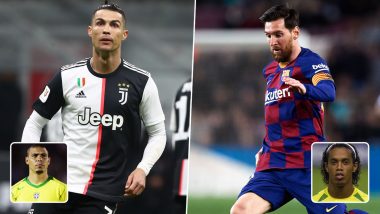 But none of them has come to a conclusion that who between the two is the real GOAT as they have their share of stats which show their strengths and weakness too. The top 10 list comprises names like former USA President Barak Obama who topped the list with Bill Gates featuring on number two. China’s Xi Jinping is on number three and Indian Prime Minister Narendra Modi follows. Actor Jackie Chan is on number five. Five-time Ballon d’Or winner is on number six. Check out the list below:

Indian megastar Amitabh Bachchan is on number 14 whereas, Indian cricket captain Virat Kohli is on number 16 and happens to be the new entrant in the list.

(The above story first appeared on LatestLY on Sep 26, 2020 07:42 PM IST. For more news and updates on politics, world, sports, entertainment and lifestyle, log on to our website latestly.com).