Cristiano Ronaldo Makes Fun of VAR After Scoring A Goal During Juventus vs Napoli, Serie A 2019 (Watch Video) 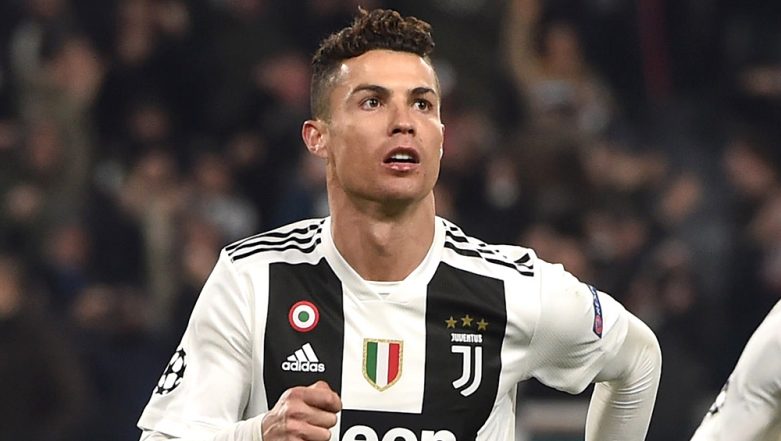 Cristiano Ronaldo scored a goal against Napoli at Juventus Stadium at the 62nd minute and openly went on to mock Video Assistant Referee. If one may recall, CR7 had scored his first goal against Parma in Serie A 2019, but his goal was ruled out due to VAR. This time after scoring a goal against Napoli, the Portuguese forward went on to celebrate the same by mocking at VAR. With a couple of goals scored by the 61st minute, Ronaldo put the team on 3-0. Eric Cantona Speech and Cristiano Ronaldo-Lionel Messi’s Puzzled Looks Make For Amazing Funny Memes; These Moments From UEFA Champions League Draw Stage Cannot be Missed!

Team Juventus, was one up within the first 20 minutes of the game as substitute Danilo netted his debut goal for the Italian side.  The 26-year-old scored the goal within the first 26 minutes of him getting substituted. Gonzalo Higuain double the score at the 19th minute. The scoreboard read 2-0. At the 68th minute, Napoli’s Kostas Manolas netted their first goal for the team at the 66th minute. A couple of minutes later Hirving Lozano scored yet another goal and netted an equaliser. For now, check out the video below:

Post this, it was Giovanni Di Lorenzo lofted the ball to the net to make it 3-3. However, there was a lot of drama which was yet to happen as Kalidou Koulibaly stuck an own goal which handed the victory to the home team and led Bianconeri to get one more goal in their kitty. The game ended with 4-3. With this, team Juventus continues to dominate the Serie A 2019 points table with six points.