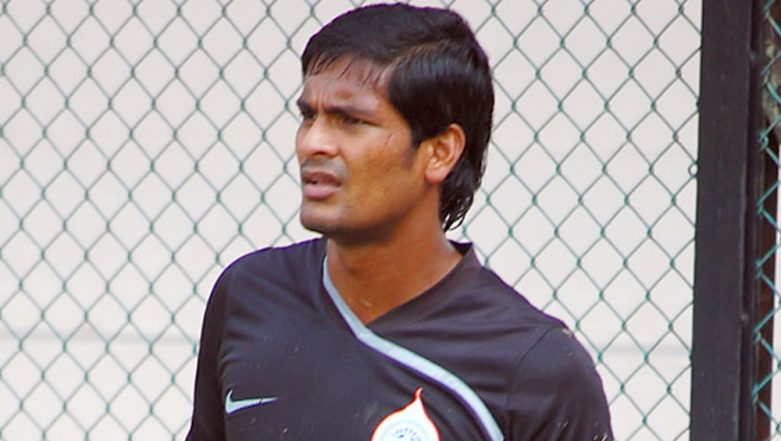 New Delhi, July 25: With the current debate over whether the Indian Super League (ISL) should take over as the top league of the country or if the I-League should continue as the primary league, India goalkeeper Subrata Pal feels that a long league is the order of the day. Speaking to IANS on the controversy which has engulfed Indian football, the custodian made it clear that irrespective of the league which is made the primary competition, there should at least be 20 teams participating in it. ISL, I-League Teams to Vie for Glory in Revamped Durand Cup in Kolkata.

"To be honest, I personally feel that there should be a proper league where there will be 18 to 20 teams, there will be a proper calendar and each team will play a match a week and around 40 matches in a season. Plus there will be shorter tournaments like Super Cup or Federation Cup and the international matches. And for that, whatever needs to be done has to be done by all of us, our federation, we players, our clubs, I mean all the stakeholders," he pointed. AIFF to Seek AFC Permission for Running I-League, ISL Simultaneously.

Pal said that for Indian football to rise through the ranks, it is important to have a solid league system."To improve a country's football a proper league system is very important. You see all the developed football nations like in England, in Europe, even in Asia we have J-League in Japan, Korean league, they have a structured league system in place.

"Currently the league that we play in India, whether it is ISL or I-League, we play only for six months and rest of the six months we just sit at home. This rest period of six months is very long. For a player to maintain himself for this long period without a game is very difficult," he explained.As far as the role of the All India Football Federation (AIFF) is concerned, Pal says that AIFF is the parent body and the President, Secretary and other officials are experienced and knowledgeable.

"They have their commitments, which they have to honour. As a player I am saying this from my point of view without knowing what commitment the federation has. If we want to go ahead, to do well in the Asia Cup or we want to qualify for the World Cup, we all need to make sacrifices. There will be hurdles but we need to overcome those hurdles and we can do that together," he emphasized. Like former India skipper Bhaichung Bhutia, Pal also prefers an open league which will have promotion and relegation.

"Though Americans have closed league and it's very competitive, I prefer a league which has both promotion and relegation so that the table toppers can fight for the championship and the bottom placed teams can fight for survival. If we do not have a goal what will motivate us?" Pal pointed.