PKL 2019 Eliminator 2 Dream11 Prediction for U Mumba vs Haryana Steelers: Tips on Best Picks for Raiders, Defenders and All-Rounders for MUM vs HAR Clash 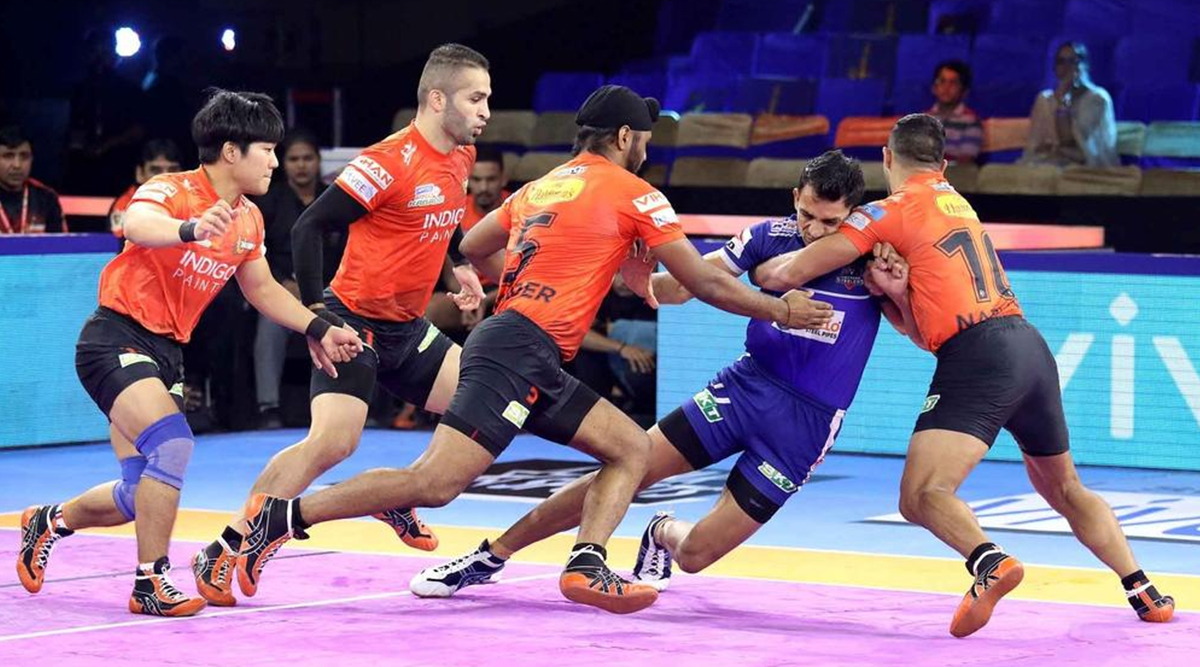 The Eliminator 2 of Pro Kabaddi League (PKL) 2019 which will take place between U Mumba and Haryana Steelers will be the second game of the night. The match will be held on Oct 14, 2019, at EKA Arena by TransStadia, Ahmedabad. U Mumba and Haryana Steelers met a few days back where the former defeated latter by 39-33. U Mumba had a tie with Dabang Delhi KC in their last group stage game where the score ended with 37-37. U Mumba's Fazel Atrachali finished the group stage as the defender with most points. Meanwhile, if you are looking to make Dream11 Prediction for MUM vs HAR Eliminator 2 match with tips to pick best defenders, raiders and all-rounders, then scroll down below for details. U Mumba Vs Haryana Steelers Live Pro Kabaddi Score Match Eliminator 2.

From U Mumba side, Abhishek Singh is expected to lead the raiding department along with Arjun Deshwal while Rohit Baliyan provides backup. Their left cover position is expected to be occupied by Young Chang Ko. Now speaking about Haryana Steelers, they had a pretty decent season with star raider Vikash Khandola doing wonders for them. Haryana team skipper Dharmaraj Cheralathan's switch to the left corner early on in the season which proved to be a good decision as Sunil thrived in the right corner and cemented his position.

As per Dream11 latest rules, we can pick two all-rounders. However, considering the credit limit we should go for only one and it should be Sandeep Narwal from U Mumba.

Now we have balance three players left for Dream11 team, the three raiders should be two from Haryana Steelers while one from U Mumba. Abhishek Singh from U Mumba should make a place in the team, while Prashanth Kumar Rai and Vinay should be included from Bengaluru Bulls side.