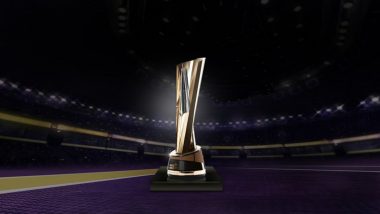 Dabang Delhi tied their last group stage game against U Mumba (37-37) and moved to the top of the latest team rankings in Pro Kabaddi League. Delhi dominated the PKL 2019 points table for a long time as top ranked-team but Bengal Warriors leapfrogged them towards the end of the season. However, Delhi finished as the top-ranked team after the end of the group stage with a maximum 85 points. Bengal moved down to 2nd spot ahead of the playoffs with 83 points. UP Yoddha, U Mumba, Haryana Steelers and Bengaluru Bulls are the other four teams who have qualified for playoffs. Check out the complete PKL 2019 points table below. VIVO PKL 2019 Schedule for Free PDF Download: Full-Time Table With Match Timings and Venue Details of Pro Kabaddi League 7.

The seventh edition of Pro Kabaddi League, also known as VIVO PKL 2019 kicked off on July 20. It is the second-richest tournament in the country after Indian Premier League (IPL), an annual cricket competition, and attracts a massive following. PKL 7 will see a participation of 12 teams who will battle it out for the next three months for the coveted trophy. With a total number of 137 matches (132 in the league and 5 knockout matches) played across 12 legs, all teams will have ample scope to lift Pro Kabaddi League 2019 title. Securing maximum points in the league stage will be the first priority for all 12 teams as it will help them advance to the PKL 2019 knockout stage.

Defending champions Bengaluru Bulls will begin their PKL 7 campaign against Patna Pirates. However, the first match of the latest edition was held between Telugu Titans and U Mumba. The other eight teams are Bengal Warriors, Dabang Delhi KC, Gujarat Fortune Giants, Haryana Steelers, Jaipur Pink Panthers, Puneri Paltan, Tamil Thalaivas and UP Yoddha. Among these teams, Patna Pirates (3), Bengaluru (1), Jaipur Pink Panthers (1) and U Mumba (1) are past winners of the coveted trophy. Others are in search of their maiden titles. They should be helped by the new format, which is going to be double round-robin format. It means the zonal system present in the previous seasons has been removed, and each team will play against all the other teams twice. Brilliant, isn’t it? PKL 2019 Full Squad: Players’ List of 12 Teams in VIVO Pro Kabaddi League 2019.

But it is not all that simple. According to the Pro Kabaddi League official website, the ranking of teams in the league stages will be determined as follows: Speaking of the points system in the Pro Kabaddi League, five points are awarded for every win. Three points are given to each team for a tied match and one point if a team loses by seven or fewer points. Team with a greater number of points obtained in league stage matches will be placed at a

higher rank in the league standings.

1. Team with a greater number of points obtained in league stage matches will be placed at a higher rank in the league standings.

3. In case differential score between teams is same, the team with higher total score points won in all league matches will be placed at a higher rank in the league standings.

4. In case total score points won between teams is same, the team with a higher number of wins in all league matches will be placed at a higher rank in the league standings.

5. If two or more teams are equal based on the above four criteria, their rankings shall be determined as follows:

a) Greater number of points obtained in league matches between the teams concerned.

b) In case total points obtained between these teams is same, the team with the higher differential score amongst the teams concerned will be placed at a higher rank in the league standings.

c) In case differential score between these teams is same, the team with higher total score points won between the teams concerned will be placed at a higher rank in the league standings.

d) In case total score points won between these teams is same, the team with a higher number of wins between the teams concerned will be placed at a higher rank in the league standings.

e) If still tied, a ‘Toss’ will decide the team’s league stage standing. The toss will be conducted by a technical official in the presence of the captains and coaches of the concerned teams.

(The above story first appeared on LatestLY on Jul 20, 2019 08:45 PM IST. For more news and updates on politics, world, sports, entertainment and lifestyle, log on to our website latestly.com).