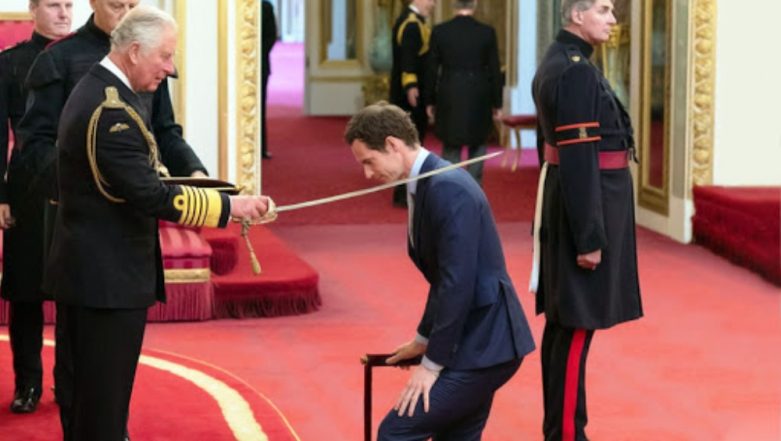 Three-time Grand Slam winner Andy Murray on Thursday received his knighthood from Prince Charles, more than two years after he was awarded the honour by Queen Elizabeth II.

Murray, who is Britain’s first player since 1977 to win a singles Grand Slam title, was named in the Queen's New Year’s Honours in 2016 after he had won his second Wimbledon title and a second Olympics gold medal. Rafael Nadal and Novak Djokovic Join Roger Federer in Italian Open 2019 Quarter-Finals.

The former World No.1 was entitled with the honour in a ceremony at the Buckingham Palace, in recognition for his services to tennis and charity. The 32-year-old said he was “very proud” to receive the honour.

“It's a nice day to spend with my family - my wife and parents are here.  I’d have liked to (have brought) my kids but I think they’re a bit young. I’ll show them the medal when I get home,” he added at the ceremony. The ceremony also featured novelist Sir Philip Pullman, who received a knighthood for his services to literature.

Reports claimed that the delay for Murray receiving the award was to his hectic schedule and his career-threatening hip injury. The recipients of the award have the option to choose when to collect the honour. Maria Sharapova Pulls Out of French Open 2019 With Shoulder Injury.

Earlier this year, the Scot had announced at a news conference during the Australian Open that he might retire from the game after Wimbledon 2019, due to a recurring joint injury. Murray is the first British player since Fred Perry in 1936 to win more than one Wimbledon title. He also is the only tennis player to win two singles Olympic gold medals.