The West Bengal government has introduced blockchain technology for birth certificates to increase transparency and reduce instances of frauds. 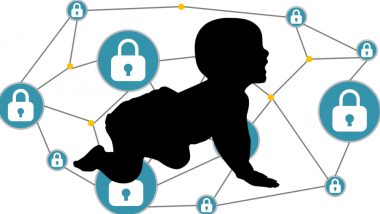 A baby from Bengal became the first in the state to be issued a blockchained birth certificate. A Times of India report states that one-month-old Divit Biyani was the first to receive a digitalised birth record secured through blockchain. The child’s father Varun Biyani, who owns the start-up Super Procure, got the certificate on Tuesday, which was issued by the New Town Kolkata Development Authority (NKDA). The certificate was featured at a conference for blockchain technology held in Kolkata.

What is a Blockchain Birth Certificate?

Blockchain technology refers to a hack-resistant database that can resist any kind of manipulation to the data and facilitate transparency. It's considered a revolutionary technology where data can be shared across a network of computers. Data can be stored on the blockchain, making it immune to tampering and ensuring all the copies of the database are the same.

Digital birth certificates also eliminate the need to store birth records on paper, which is cumbersome to store and preserve. On the child’s birth, its vital information such as name, date of birth and blood type will be entered into the database, either by the parents of the doctor. The information thus entered will be secured and verified by blockchain. The elaborate data encryption and distribution secure the information from being leaked or manipulated. Jio, Airtel and Vodafone Bets Blockchain to Cut Costs, Push Revenue.

The West Bengal government has introduced blockchain technology to increase transparency and reduce instances of frauds.

(The above story first appeared on LatestLY on Dec 20, 2018 12:16 PM IST. For more news and updates on politics, world, sports, entertainment and lifestyle, log on to our website latestly.com).