On WhatsApp, the users reported problems were with sending or receiving messages, followed by connection issues. 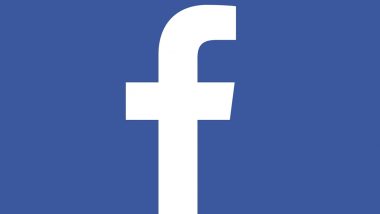 London, April 6: Facebook and Instagram went down for the PC and desktop users in the UK on Sunday evening although mobile access was in perfect shape. Several users took to Twitter, saying they could not access the social networking platform as well as its photo-sharing app on desktops. Both the platforms were up after couple of hours of downtime, reports outage tracking website Downdetector. Several people replied to DownDetector UK's official account to report which areas Facebook was down in. Facebook Launches Messenger App for Desktop to Rival Zoom.

"Facebook is having issues since 5:24 PM BST. RT if it's down for you as well #Facebookdown," posted DownDetector. "Desktop browser Facebook been slow for a few days & now won't load pages or login ... mobile version works fine!" replied one user. "I can still access it on my mobile but not on my PC, even though both going through the same router," tweeted one user. Zoombombers Use Instagram & Twitter To Organise Harassment Campaigns Amid Coronavirus Pandemic: Report.

The social media giant was yet to update its users why this happened. On April 2, Facebook, Instagram and WhatsApp went down for millions of users in North and South America and Europe. The frequently reported problems on Facebook were with images, according to Downdetector. Some people also had issues with News Feed and logging in. On Instagram, the majority of issues were with News Feed. On WhatsApp, the users reported problems were with sending or receiving messages, followed by connection issues.

(The above story first appeared on LatestLY on Apr 06, 2020 10:38 AM IST. For more news and updates on politics, world, sports, entertainment and lifestyle, log on to our website latestly.com).