Facebook described avatars as digital personas that let people engage in a more personal, dynamic way, with a range of emotions. 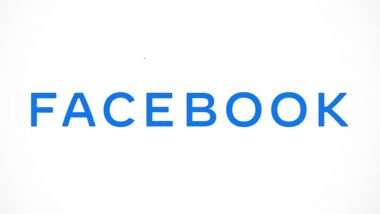 San Francisco, May 14: Social media giant Facebook has started rolling out its own version of Bitmoji called avatars in the US. Avatars were first introduced last year and have been since made available in Australia, New Zealand, Europe and Canada. According to CNET, with the US release now, Facebook is also expanding its customizable options to include more hairstyles, complexions and outfits, giving more people the option to make avatars that actually look like them. Facebook described avatars as digital personas that let people engage in a more personal, dynamic way, with a range of emotions. Facebook Messenger Rooms Now Available Within Groups &  Events; How to Start a Facebook Messenger Group Video Call.

"So many of our interactions these days are taking place online, which is why it's more important than ever to be able to express yourself personally on Facebook. "Avatars enable you to share a range of emotions and expressions via a digital persona that's uniquely representative of you, so we're excited to bring this new form of self-expression to more people around the world," Fidji Simo Facebook application head, said in a post.

A user can create their own avatar by going to the Facebook or Messenger comment composer and clicking on the smiley button, followed by the sticker tab. One can then click "create your avatar" from there. Presently, the avatars can be used with Facebook comments and Messenger conversations. They can also be displayed on your Facebook gaming profile. But soon, Facebook says avatars will be able to be used in text posts with backgrounds.

(The above story first appeared on LatestLY on May 14, 2020 12:54 PM IST. For more news and updates on politics, world, sports, entertainment and lifestyle, log on to our website latestly.com).