The first Snapdragon-powered smartphone from Huawei might be called the Huawei Enjoy 20e. Qualcomm has recently announced that it would be retailing processors to Huawei after receiving a license from the US government. 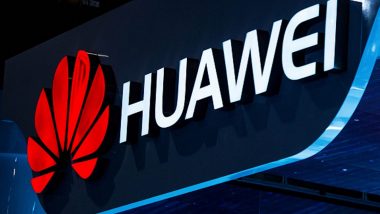 Qualcomm, a leading chipset manufacturer, has recently announced that it would be retailing processors to Huawei after receiving a license from the US government. However, the chips from Qualcomm will be limited to 4G connectivity only. Now, a new leak has surfaced on the web suggesting the first Snapdragon-powered smartphone from Huawei. If the market report is to be believed, the phone might be called the Huawei Enjoy 20e. Huawei Will Invest in Chip Arm Hisilicon Despite US Ban: CEO Guo Ping.

This piece of information has come through a Chinese leaker going by the name - Arsenal via Weibo. According to him, the Chinese phone maker is developing this new handset which will be christened the Enjoy 20e.

The handset is likely to be powered by a Qualcomm Snapdragon 460 SoC, which could be paired with 4GB of RAM and up to 128GB of internal storage. It is also believed that the phone might come in a 6GB variant as well, with 128GB of onboard storage. The leaker further went onto reveal that the phone will pack an HD+ display. However, he hasn't specified if it would get a punch-hole display or notch.

It is important to note that the Enjoy 20 5G and Enjoy 20 Pro smartphones come with waterdrop notch, and we can expect the same on the upcoming Enjoy 20e. It could be powered by a massive 5,000 mAh battery with a regular 10W charging. Apart from the specifications, the tipster also revealed probable prices of the phone. The 4GB RAM version is likely to be priced for ¥1199 which will be around $183. However, the bigger 6GB RAM model could retail for ¥1399 that is approximately $213.

As far as launch is concerned, there is no information about the launch date. However, we can expect the same to take place very soon. As Qualcomm will be supplying chipset to Huawei, we can expect more Snapdragon-powered phones coming in the future.

(The above story first appeared on LatestLY on Nov 22, 2020 09:16 PM IST. For more news and updates on politics, world, sports, entertainment and lifestyle, log on to our website latestly.com).