Netflix and other over-the-top (OTT) platforms are slowly but steadily eating the cable TV business, a new KPMG report has said, adding that there was a decline of nearly 12-15 million active subscribers for the cable & satellite (C&S) universe in the fourth quarter (Q4) of the financial year 2019. 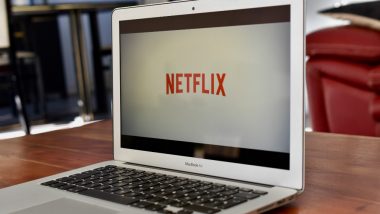 Mumbai, August 22: Netflix and other over-the-top (OTT) platforms are slowly but steadily eating the cable TV business, a new KPMG report has said, adding that there was a decline of nearly 12-15 million active subscribers for the cable & satellite (C&S) universe in the fourth quarter (Q4) of the financial year 2019.

Subscription revenues grew at a modest 8.1 per cent in FY19 to reach Rs 463 billion, with the NTO implementation hiccups costing growth in the last quarter. Netflix to Roll Out Cheaper Mobile-Only Subscription Plan in India.

"While the C&S universe was reported to have expanded to 197 million households by the end of 2018 with digital cable gaining the most, there was an erosion in the active subscriber base in the last quarter with a decline of nearly 12-15 million households in the overall C&S household base," said the KPMG report titled "India's Digital Future: Mass of niches".

The potential reasons for this decline were non-renewal of subscriptions, the transition of subscribers to alternate sources of entertainment such as OTT and certain blackouts owing to the implementation of the the New Tariff Order (NTO).

"As a result, subscription revenues took a hit in the last quarter with subscribers facing multiple issues, including higher cable bills, while transitioning to the new regime," the report mentioned.

The Average Revenue Per User (ARPU) was relatively flat for both DTH and cable operators in the first three quarters before seeing an increase by 10-25 per cent in the last quarter.

"While the active subscriber base declined, growth in ARPUs covered up a large part of the decline in subscription revenues, leading to overall growth of 8.1 per cent for the year FY19," the findings showed.

While the English watching audience is relatively smaller in India, the widespread availability of English content on OTT platforms has been one of the key factors for a shift in consumption from TV to digital for English content.

Netflix has planned to invest Rs 6 billion per year in originals, whereas Amazon Prime had committed Rs 22.3 billion (in 2017) over 2-3 years in India.

For some original series, global platforms like Amazon and Netflix are spending in the range of Rs 10-20 million per episode.

For example, per episode cost of original series, including 'Made in Heaven' and 'Mirzapur' on Amazon Prime, was Rs 10-20 million.

"From the subscription-only Netflix and Amazon Prime Video to hybrid models of Hotstar and Zee to new multi-format models like MX Player, OTT players are striving to differentiate themselves," said the report.

There could be close to 11-14 million direct paid subscriptions in FY19, including Amazon Prime subscriptions, said the report.

Owing to the relatively higher price points and the wider e-commerce appeal associated with Netflix and Amazon Prime, respectively, these two platforms accounted for a bulk of the direct subscription revenues.

Owing to a robust slate of live sports, the international library and live TV content, Hotstar also contributed significantly to the overall direct subscription revenues of the industry in FY19.

"We expect the direct subscriber base in India to rise to as much as 55-65 million by FY24, driven by the availability of high-quality content curated for different audiences and continued growth in the digital infrastructure and the digital payments landscape in the country," said the report.

(The above story first appeared on LatestLY on Aug 22, 2019 12:15 PM IST. For more news and updates on politics, world, sports, entertainment and lifestyle, log on to our website latestly.com).