Oppo, the Chinese smartphone maker is rumoured to launch new series smartphones by next month. As a reminder, the company launched the F17 series in India last September. 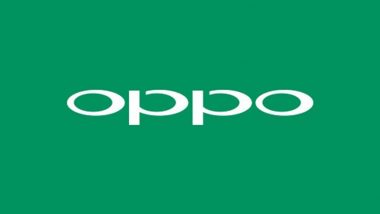 Oppo, the Chinese smartphone maker is rumoured to launch new series smartphones by next month. As a reminder, the company launched the F17 series in India last September. Now, a new report has claimed that this series could be named as Oppo F21 Pro and the company will skip the F19 moniker. However, another report has revealed that Oppo F19 series will debut next month but unsure if it would be called as F19 or F21. Oppo India in Process To File 80 Patents, Enhance Focus on 5G.

The new F19 or F21 series could come with a sleek design, a glass back and a pattern different from the Oppo F17 Pro. A previous report had shared that the upcoming Oppo F19 series would be the first smartphones to get 5x and 10x hybrid optical zoom technology. But the phones didn't launch.

As soon as the Oppo F17 series was launched, reports about F21 series launch started coming in, but it didn't happen. There is no official statement about Oppo F19 or Oppo F21 series from the company yet. Oppo F17 series gets a 30W rapid charging technology. So we can expect the successor of F17 series to come with faster charging solution.

(The above story first appeared on LatestLY on Jan 21, 2021 05:53 PM IST. For more news and updates on politics, world, sports, entertainment and lifestyle, log on to our website latestly.com).