Redmi K40 Series To Be Introduced in India As Mi 11X Series: Report 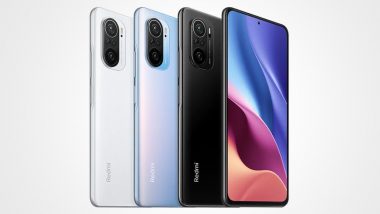 Tipster Kacper Skrzypek shared an internal code that reveals a handset with a codename 'Aliothin' and a model number M2012K11AI. This phone is likely to be called Mi 11X as the suffix 'in' represents India. The tipster also shared a screenshot of code with a handset named Mi 11X Pro which could be a re-branded model of the Redmi K40 Pro.

A third model was also spotted with the codename 'haydn_pro_global' and it is suffixed with the word 'global' instead of 'in'. So, this hints that it will be launched in the global market. As of now, the specifications of the upcoming Mi 11X and Mi 11X pro are unknown. So we would have to wait until leaks or teasers of devices are out.

(The above story first appeared on LatestLY on Mar 05, 2021 04:59 PM IST. For more news and updates on politics, world, sports, entertainment and lifestyle, log on to our website latestly.com).