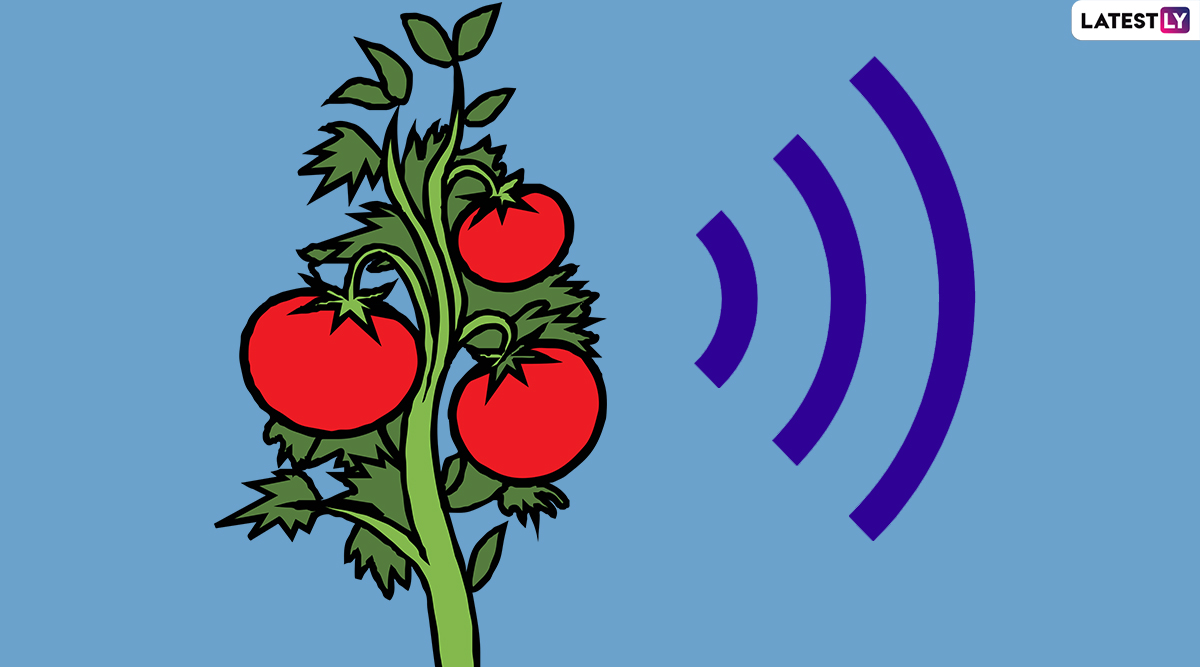 Do plants feel pain? Just like us, humans, do plants too feel hurt when they are cut or infected by mites? This is probably one of the most discussed questions that now have a proven answer. Research has to lead to the discovery that some plants emit a high-frequency distress sound, that goes unheard by human ears. Studied by a team of scientists at Tel Aviv University, the experts believe that when the plants, like tobacco and tomato, undergo environmental stress, something like not receiving enough water, they make pain sounds. As a part of the study, the researchers took a test where they deprived tomato and tobacco plants of water. They cut their stems and then recording their response with a microphone placed ten centimetres away. Breathe Clean: 6 Best Indoor Plants to Purify the Air in Your Home.

The results were quite surprising, when in the case of both the plants, they found that ultrasonic sounds between 20 and 100-kilohertz were emitted by plants. This is believed to be a way to convey their pain to other plants and organisms. The studies also found that their "screams" can be heard by bats and mice. As per the research, when the tomato plant's stem was cut it emitted 25 ultrasonic distress sounds over the course of an hour, according to Live Science. The tomato plant, in fact, made even more distress sounds when the researchers deprived each plant of water which was 35 in one hour. The tobacco plants made 11. Depending on the different sources of stress the plants seemed to respond with different intensities.

How Do Plants Feel Pain Without Having Brains Like Humans?

It is a well-known fact that, plants do not have a brain or central nervous system. So it was until now understood that they cannot feel anything. However, the researchers studied that a plant wound triggers the release of calcium that would set off a chain reaction in the cells along with the plant leaves and stem. This causes about a couple of minutes for the response to reach every part of the plant. The plants create a defence mechanism as response to protect themselves.

Pain In Plants Understood Before This Study

It was only last year that a study found out that some plants registered "pain" after having their leaves plucked or even touched. It was understood that they released a "foul-tasting chemical across their leaves, believed to ward off insects." Unlike humans and animals that perceive pain through sensory nerve cells, allowing us to smell, see, hear, taste, and touch, plants do not have nociceptors. They were said to lack specific receptors that are programmed to register and respond to pain. However, there was insufficient evidence until now to prove that plants make "distress sounds" and incapable of feeling pain.

The researchers observed that tobacco plants "screamed" louder when they were deprived of water. Also, the plants that had no immediate environmental threat or damage, released less than one ultrasonic sounds per hour.