For 11 Million Brazilians, the Earth is Flat! Wait, What? 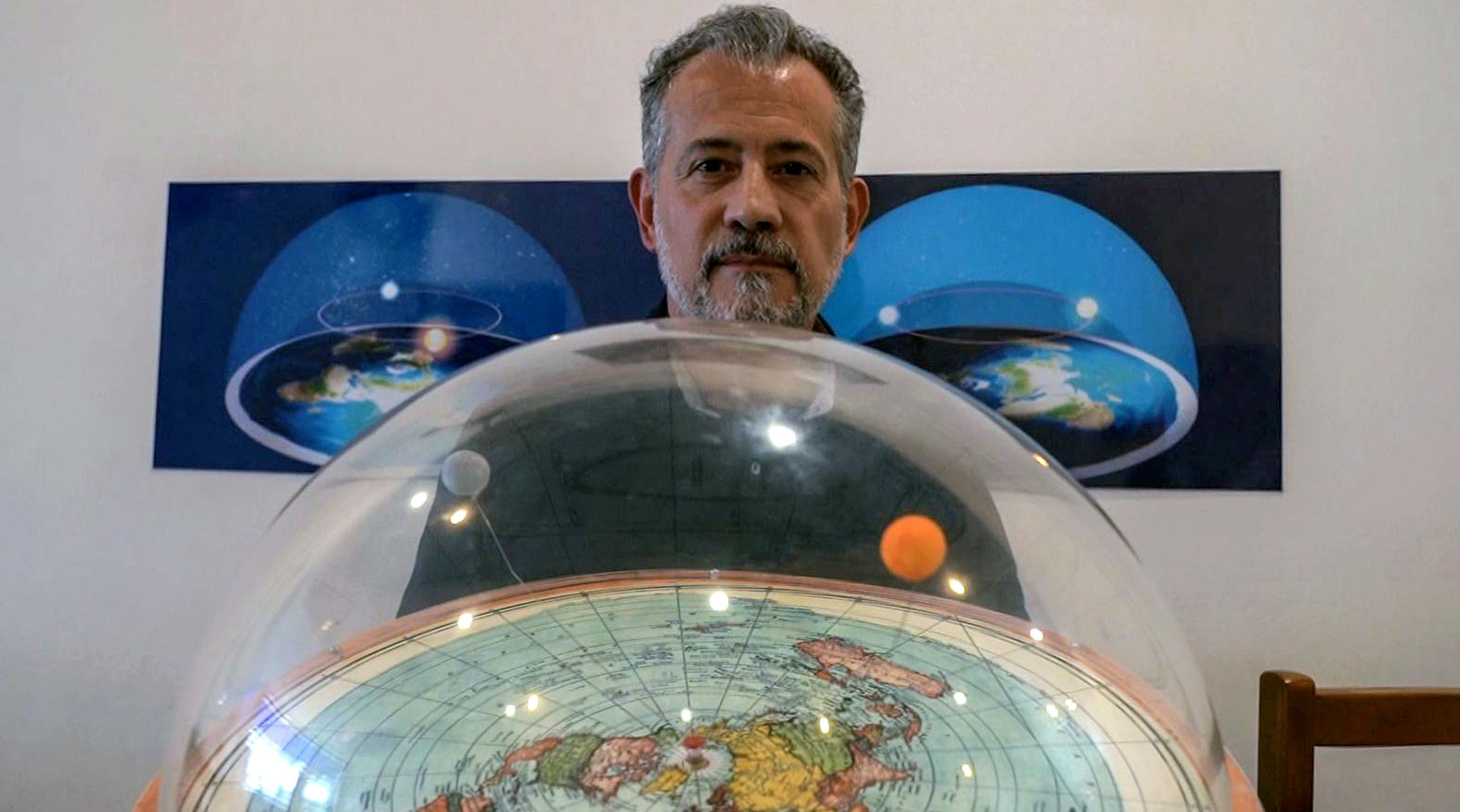 Sao Paulo, February 28: Sitting by a model of the Earth shaped like a pancake, Brazilian restaurant-owner Ricardo lets out an exaggerated laugh: "'Hahaha!' That's how people react when you tell them the Earth is flat," he says.

Ricardo, who declines to give his full name for just that reason, is a 60-something man whose restaurant in Sao Paulo has become a meeting place for people who, like him, reject the notion that the Earth is a sphere. "The only things I know for certain are that I'm going to die someday and that the Earth is flat," he says.

It is a curious but remarkably large club: more than 11 million people in Brazil -- seven percent of the population -- believe the Earth is flat, according to polling firm Datafolha. Why is The Moon Lopsided? Scientists Reveal About Ancient Collision of Earth's Satellite With a Dwarf Planet.

And their influence stretches surprisingly far, in a country currently swept up in the post-truth era and the anti-intellectual, climate-change-skeptic worldview embodied by far-right President Jair Bolsonaro.

One of Bolsonaro's most prominent ideologues, the writer and former astrologer Olavo de Carvalho, has said he "cannot refute" Flat-Earth theory.

Yet Brazil's Flat-Earthers are also a secretive, at times paranoid, community, communicating via encrypted messages on WhatsApp, invitation-only Facebook groups and especially on YouTube, where their channels have tens of thousands of followers.

There, they are free to state what they believe, without fear of ridicule: that the Earth is a flat, stationary body. It is an argument they advance with varying interpretations of physics, optics and the Bible, dismissing all evidence to the contrary as a conspiracy.

Brazilians who believe the Earth is flat are mostly men, often Catholics or evangelical Christians, and with relatively low levels of education, according to Datafolha. But don't confuse education with knowledge, the Flat-Earthers warn.

"Flat-Earthers are the smartest. Write that!" says Anderson Neves, a 50-year-old entrepreneur, who has come to Ricardo's restaurant armed with a pamphlet denouncing the "hoaxes" of Newton and Copernicus. "A malignant pseudo-science has corrupted the education system around the world," says another text he is carrying. Our Moon is Shrinking! NASA Study Reveals Lunar Surface is Experiencing Moonquakes.

It calls the idea of a round Earth "humankind's greatest lie, dictated by the global elite." Next to him, Ricardo's Flat-Earth model shows the sun and Moon as little balls, equal in size, suspended above a disc-shaped planet.

"Just look at the horizon. Climb a mountain and take pictures. You can see the Earth isn't curved," says Neves, clutching a level to illustrate his point. The Flat-Earthers are brimming with counter-factual questions: If the Earth is rotating at 1,700 kilometers (1,000 miles) per hour at the equator, why doesn't the movement make everything fly off? If it's a sphere, why can't we see the curve from an airplane?

They give little credit to photographs from space or scientists' answers about gravity, Foucault's pendulum and two millennia of astronomical observation. "We've known for certain the Earth isn't flat since Galileo, since the early 17th century. But the ancient Greeks had pieced it together more than 2,000 years ago," says astronomer Roberto Costa of the University of Sao Paulo.

"To scientists, this (Flat-Earth theory) seems more like a topic for psychologists or sociologists to study. The Earth's shape isn't a scientific problem to astronomers."

One of the most prominent of Brazil's Flat-Earthers is Afonso de Vasconcelos, a geophysicist with a PhD from the University of Sao Paulo. Vasconcelos is based in the United States, which is also home to a large community of Flat-Earthers. One of them died last week attempting to launch himself more than 1,500 meters (nearly a mile) into the sky in a homemade rocket.

One of the favorite targets for Flat-Earthers' conspiracy theories is NASA. They accuse the US space agency of pulling a giant fraud. "Man never landed on the Moon. That was a studio set," says Ricardo. As for satellite images showing Earth's curvature from space, he demands: "Where's the tilted Eiffel Tower?"