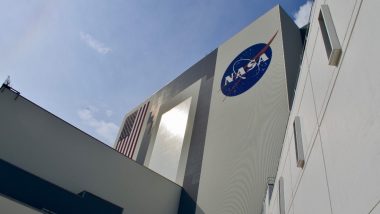 Washington, September 22: The launch of NASA and Boeing's Starliner cargo spacecraft, stalled due to an unresolved valve issue, may not be launched this year, media reports said.

Engineers are still troubleshooting the Starliner valve problem. According to NASA officials, combined with a busy launch schedule over the coming weeks and months, the launch could well push OFT-2 into 2022, Space.com reported. SpaceX launches Inspiration4 Rocket with First All Civilian Crew from NASA's Kennedy Space Center.

"I think right now, the timeline and the manifest through the end of the year is pretty tight," Kathy Lueders, head of NASA's Human Exploration and Operations Mission Directorate (HEOMD), was quoted as saying on Tuesday. "So, my gut is it would probably be more likely to be next year. But we're still working through that timeline."

Boeing and NASA teams are currently evaluating whether to put a different service module on Starliner for the OFT-2 mission or to proceed with trying to fix the current one, she added. A decision on that could come in the next few weeks, the report said.

Boeing had signed a contract with NASA's Commercial Crew Programme to fly operational missions to and from the space station with Starliner in 2014. However, a series of setbacks have thus far prevented the Starliner from reaching the ISS.

Its debut uncrewed orbital flight mission in 2019 did not go exactly as planned, requiring it to make another try before putting astronauts on board for the crewed flight test. Inspiration4 Mission: SpaceX Shares Visuals of Earth from Spacecraft Dragon (Watch Video).

The second launch has been held up since late last year due to ongoing software checks. First scheduled for launch early in August, it was postponed after the thrusters on the ISS' new Russian module Nauka Multipurpose Laboratory Module unexpectedly fired hours after docking, causing the station to move out of orientation. The space station was shoved 45 degrees off track. However, it was repositioned back to normal. Another attempt was stalled after the valve issues cropped up, grounding the craft.

(The above story first appeared on LatestLY on Sep 22, 2021 09:47 PM IST. For more news and updates on politics, world, sports, entertainment and lifestyle, log on to our website latestly.com).