A woman has sued NASA to make sure that the US space agency doesn't take back a piece of moon gifted to her by Neil Armstrong -- the first person to walk on the lunar surface. 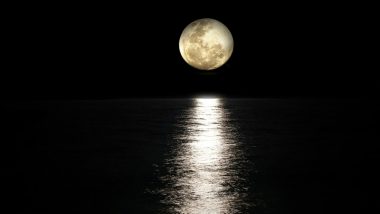 Washington, June 13: A woman has sued NASA to make sure that the US space agency doesn't take back a piece of moon gifted to her by Neil Armstrong -- the first person to walk on the lunar surface. Laura Cicco from Cincinnati has filed a lawsuit in a federal court, stating that the vial of moon dust she has was a gift from Armstrong who was a friend of her father, The Washington Post reported on Tuesday.

Cicco's father Tom Murray, who was a pilot with the US Army, spent a lot of time together with Armstrong. Sometime in the 1970s, the US astronaut gave the vial of moon dust along with a handwritten note to Murray's little girl when she was 10. Cicco has now sued NASA because the space agency has "a history of seizing suspected lunar material from private citizens", her attorney was quoted as saying.

"There's no law prohibiting private citizens from owning materials from the moon and Cicco is the rightful and legal owner of the moon dust," the report said, quoting the attorney. The vial of dust that Cicco has, was analysed by scientists who said it was "likely" a sample of the lunar surface. Cicco's lawsuit cited another case where NASA seized lunar mementoes from an elderly California woman which was gifted to her by her late husband and an Apollo programme engineer.

Reacting to the lawsuit, a NASA spokesperson said it would be "inappropriate" for the space agency to comment. In July 1969, Armstrong and Apollo 11 Lunar Module pilot Buzz Aldrin performed the first manned moon landing and spent two-and-a-half hours outside the spacecraft while Michael Collins remained in lunar orbit in the command module. When Armstrong stepped onto the lunar surface, he said: "That's one small step for man, one giant leap for mankind."

(The above story first appeared on LatestLY on Jun 13, 2018 12:08 PM IST. For more news and updates on politics, world, sports, entertainment and lifestyle, log on to our website latestly.com).