According to Odgronik, because he already had people on the team who were skilled in these areas, he started utilizing their talents to make anything clients would ask for. At first they realized they would be competing against independent freelancers off sites like Fiverr or Upwork. 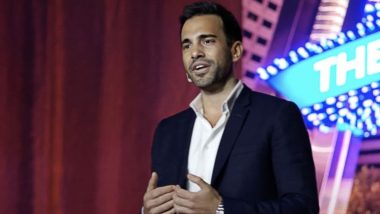 If you are looking to make a name for yourself in the world of cryptocurrency, look no further than Toby Odgronik. This 34-year-old blockchain engineer and ambitious entrepreneur is currently behind Highstack.co. Highstack is a group of multi-talented senior software engineers who deliver projects from start to finish. His successful company also includes designers, project managers, tech leads, and ICs on their team.

For Odgronik it began in January 2021 when a bad decision led to him losing a good chunk of his net worth. Refusing to accept failure he turned to launching his own sh!t coins similarly after consulting with others in the crypto community. This was around the time that coins such as Shibu Inu began mooning. Odgronik did his research on the difficulty involved with launching these types of coins and began learning how to code his own smart contracts.

According to Odgronik, because he already had people on the team who were skilled in these areas, he started utilizing their talents to make anything clients would ask for. At first they realized they would be competing against independent freelancers off sites like Fiverr or Upwork.

After stories began spreading from clients of unprofessional behaviour and scamming, they decided to do it all in house as a full-fledged agency, which was well received from clients. The trust factor that once a client signs on with Highstack and they won’t disappear is what helped build their stellar reputation. Demand grew and as a result to deflect the huge demand they had to increase their rates for the first time in their history.

Besides leading the talented team at Highstack.co, he is also a professional software engineer. Day to day, he works for a tech company in Silicon Valley. With seven years in the business, he is someone you want to keep an eye on when it comes to knowing how to build DeFI protocols and launch profitable NFTs, blockchain know-how, and even web3. Cryptocurrency isn’t the only way he’s netting a considerable profit; launching coins and NFTs for clients and custom smart contracts are contributing.

Odgronik shows no signs of stopping when it comes to crypto. During a recent interview, he commented on the current environment regarding this often under looked form of investing: “Crypto is crazy. Since we pivoted into this space from web2, our revenue increased 20, -fold and we’re now pulling in close to $500,000 a month”.

These are numbers no one should balk out. We are talking serious cash here. Sure, crypto can seem scary at first, but with the right people in your corner, you too can become as successful as Odgronik. As he says “We sell shovels during the gold rush but will never dig for gold ourselves.”