Isaczai warned of a return to Afghanistan being overrun by foreign fighters threatening peace in the region and beyond. He said that more than 10,000 foreign fighters belonging to 20 international terrorist organisations were active in the country under the auspices of the Taliban. 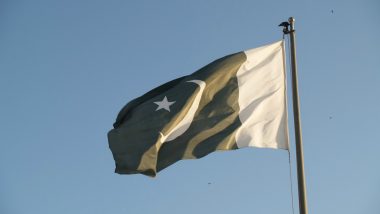 United Nations, August 6: Afghanistan on Friday accused Pakistan of assisting the "Taliban war machine" which has launched an all-out attack on the Afghanistan government as the US is pulling out of the country and warned about the activities of organisations like the Lashkar-e-Taiba (LeT) operating in conjunction with the Taliban.

Addressing a Security Council meeting on Afghanistan, that country's Permanent Representative Ghulam Isaczai said: "The Taliban continues to enjoy a safe haven and supply and logistic line extended to their war machine from Pakistan" in defiance of the Council's 1988 demand.

Speaking in his national capacity, he expressed support for Afghanistan's position. Without naming Pakistan, he said: "For enduring peace in Afghanistan, terrorist safe havens and sanctuaries in the region must be dismantled immediately and terrorist supply chains disrupted."

Isaczai said: "Graphic reports and videos of Taliban fighters congregating close to the Durand Line (marking the boundary between the two countries) to enter Afghanistan, fundraising events, transfer of dead bodies for mass burial, and treatment of injured Taliban in Pakistan hospitals are emerging and are widely available."

"This is not only a naked violation of the 1988 UN Security Council resolution with sanction regime, but also leads to further erosion of trust and confidence towards establishing a collaborative relationship with Pakistan to work to end the war in Afghanistan," he added.

"We urge Pakistan to help with removing and dismantling of Taliban sanctuaries and supply lines and establish with us, a joint monitoring and verification mechanism to make the fight against terrorism and international efforts for peace effective," he said.

Isaczai warned of a return to Afghanistan being overrun by foreign fighters threatening peace in the region and beyond. He said that more than 10,000 foreign fighters belonging to 20 international terrorist organisations were active in the country under the auspices of the Taliban.

He named the LeT, a Pakistan-affiliated group that attacks India, as one of those terrorist outfits. During the meeting all the Council members, including China, warned against the Afghanistan again turning into an international hub of terrorism.

The meeting took place on a day when Dawa Khan Menapal, the head of information for the Afghan government was killed in a Taliban attack and the group appeared to have scored a significant victory by taking over Zaranj, the capital of Nimroz province.

Secretary General Antonio Guterres's Special Representative for Afghanistan, Deborah Lyons, warned at the start of the meeting that Aghanistan could descend "into a situation of catastrophe so serious that it would have few, if any, parallels this century".

She said that the Council and the international community can prevent this from happening by acting quickly and with unity.

"In the past weeks, the war in Afghanistan has entered a new, deadlier, and more destructive phase. The Taliban campaign during June and July to capture rural areas has achieved significant territorial gains," she said. She said that situation similar to that prevailing in civil war-wracked Syria now or in Sarajevo earlier could develop in Afghanistan.

If urban warfare develops in Afghanistan, she said, it will "inflict daily miseries when basic infrastructure such as electricity and water networks are damaged". She warned that "These tactics may amount to serious violation of international humanitarian law for which individuals can be held accountable and may quickly amount to war crimes and crimes against humanity." Taliban Assassinate Head of Afghan Government's Media Centre Dawa Khan Menapal at Kabul Mosque.

The agreement between Washington and the Taliban paving the way for the US withdrawal from Afghanistan had given optimism that violence would be reduced, but that has not happened.

"Instead, despite significant concessions for peace, we have seen a 50 per cent increase in civilian casualties with the certainty of many more as cities are attacked," Lyons said.

(The above story first appeared on LatestLY on Aug 07, 2021 12:03 AM IST. For more news and updates on politics, world, sports, entertainment and lifestyle, log on to our website latestly.com).