A global decline of at least 75 per cent in meat eating patterns may help beat climate change, claims a new study. 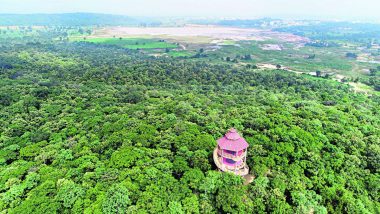 London, April 26: A global decline of at least 75 per cent in meat eating patterns may help beat climate change, claims a new study.

Researchers at University of Bonn in Germany stated that every citizen in the European Union consumes around 80 kg of meat per year, resulting in damages for livestock farming, climate and the environment.

Animals also convert only a portion of the calories they are fed into meat. In order to feed the same number of people, meat therefore requires a much larger land area. This is to the detriment of eco-systems, as less space is left for natural species conservation. Furthermore, eating too much meat is not healthy and can promote chronic diseases.

"If all humans consumed as much meat as Europeans or North Americans, we would certainly miss the international climate targets and many eco-systems would collapse," said Prof. Dr. Matin Qaim of the Center for Development Research (ZEF) at varsity.

"We therefore need to significantly reduce our meat consumption, ideally to 20 kg or less annually. The war in Ukraine and the resulting shortages in international markets for cereal grains also underline that less grain should be fed to animals in order to support food security," Qaim said.

Currently, around half of all grains produced worldwide are used as animal feed, Qaim noted. At the same time, a complete switch of humanity to vegetarian or vegan diets may not be the best solution, the researchers said. It is because there are many regions where plant-based foods cannot be grown. Poorer regions in particular also lack plant sources of high-quality proteins and micro-nutrients. For many people, animals are also an important source of income. If the revenue from milk, eggs and meat is lost, this can threaten their livelihoods. Halal and Jhatka Meat: What’s The Difference and How Does It Affect the Taste of the Meat?.

In any case, the poorer countries are not the problem, the authors point out. For their inhabitants, meat is usually much less frequently on the menu than in industrialised nations. This means that the rich countries in particular must reduce their meat consumption, the researchers said.

Qaim believes it is important to also consider higher taxes on animal-based foods. The team also called for "sustainable consumption" to be increasingly integrated into school curricula. These contents should also be better included into the training of future teachers.

(The above story first appeared on LatestLY on Apr 27, 2022 09:39 AM IST. For more news and updates on politics, world, sports, entertainment and lifestyle, log on to our website latestly.com).