India is to supply four Mi-35 attack helicopters to Afghanistan to fight against the Pakistan-backed Taliban. 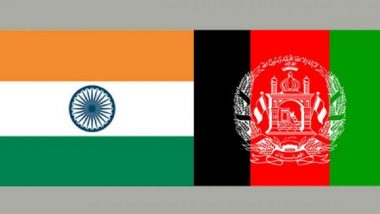 New Delhi, April 21: India will supply four Mi-35 attack helicopters to Afghanistan to fight against the Pakistan-backed Taliban. India has decided to help the war-torn nation to carry out its operations against Taliban, reported The Statesman, citing Afghan diplomatic sources. India is expected to directly purchase these Russian-made helicopters from Belarus. It would have taken a long time to procure the choppers if India were to place an order for their supplies.

According to Hindustan Times, Afghanistan, Belarus and India inked a trilateral pact for the refurbished Mi-35 helicopters in March, Afghan ambassador Shaida Abdali said in an interview. India had supplied four Mi-35 attack helicopters to Afghanistan in 2015-16 to strengthen Afghan forces.

According to sources, the decision to supply four more four more helicopters to Afghanistan was taken after the United States (US) and other key Western powers asked India to play a pro-active role in bringing stability in Afghanistan. Around 1,000 Afghan soldiers are already getting trained in Indian Defence institutions.

Afghanistan forces are mostly using Russian weapons, so United States has requested India to assist Afghanistan Air Force in combating terrorism. India and Afghanistan also propose to hold the next meeting of the strategic council between them to consider ways to enhance the fighting ability of the Afghan forces in Kabul, reported The Statesman. The last meeting was held in New Delhi last year. The US also has started implementing its four-year defence plan in Afghanistan as a result of this the strength of the Afghan Air Force (AAF) will be increased three-fold.

The air corridor established last year between India and Afghanistan to evade the problems being created by Pakistan for trade between has helped the two nations in increasing trade and commercial links, whereas trade between Afghanistan and Pakistan has decreased substantially.

(The above story first appeared on LatestLY on Apr 21, 2018 11:49 PM IST. For more news and updates on politics, world, sports, entertainment and lifestyle, log on to our website latestly.com).