The incidents have gained limelight as the #MeToo Movement gains traction in China. 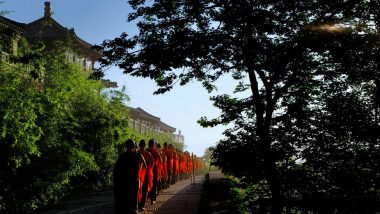 Beijing, August 3: One of China's highest-ranking Buddhist monks is facing a government probe over accusations of sexual misconduct. According to a report on Tampabay, Longquan Monastery abbot Shi Xuecheng is accused of harassing and asking for sexual favours from many nuns in a 95-page statement compiled by two fellow monks.

The incidents have gained limelight as the #MeToo Movement gains traction in China. The statement includes the testimony of various women who have faced harassment, and they opened their experience on social media. These messages were  widely circulated on Chinese social media before being censored. After the harrowing experience, some of the victims were in suicidal condition, and also became mentally unstable.

Xuecheng is a popular face on social media, with a huge fan following. The whistle-blowers who had reported the incident have been expelled from the monastery and are cooperating with the government investigation.

(With inputs from AP)

(The above story first appeared on LatestLY on Aug 03, 2018 03:33 PM IST. For more news and updates on politics, world, sports, entertainment and lifestyle, log on to our website latestly.com).