Sri Lanka Marks 15th Anniversary of 2004 Tsunami, The Disaster Which Claimed Over 230,000 Lives 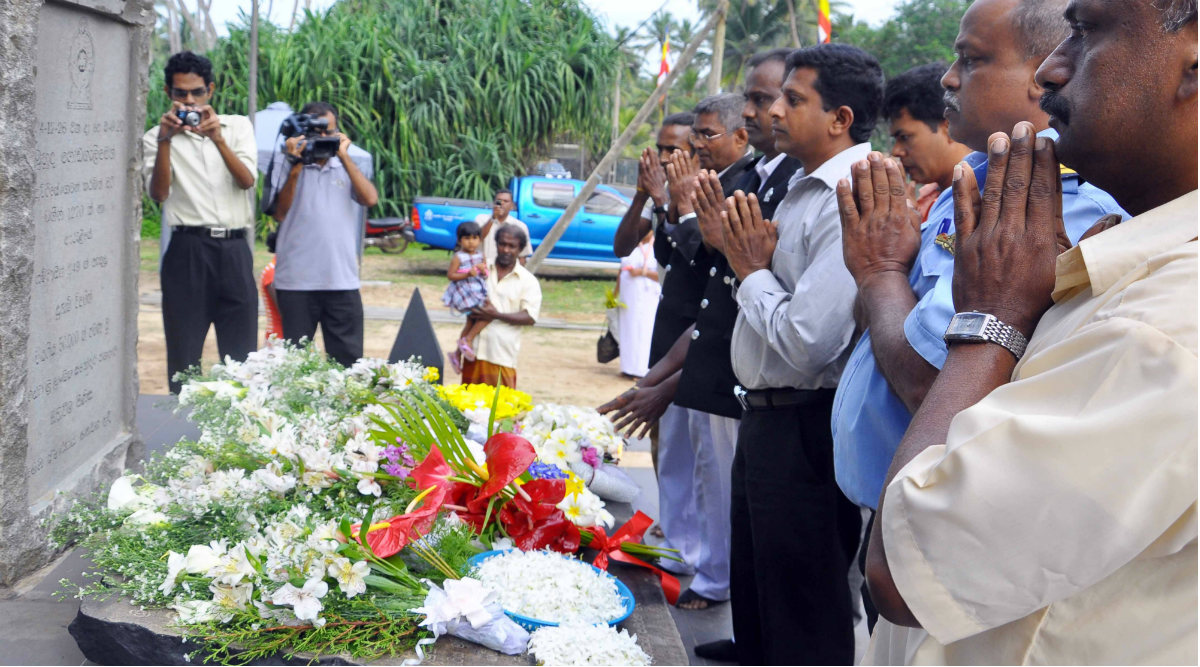 Colombo, December 26: Sri Lanka on Thursday marked the 15th anniversary of the devastating 2004 Indian Ocean tsunami that killed over 35,000 people in the island nation.

Several programmes, including religious functions, have been organized with the participation of the armed forces, the police across the island to commemorate the country's worst ever natural disaster, reports the Colombo Page. World Tsunami Awareness Day 2019: From Sumatra Tsunami in Indonesia to Messina in Italy, Here’s a Look at the Deadliest Tsunamis in History.

The National Safety Day or the main national event will be held in front of the Peraliya Tsunami Monument in Telwatte, Galle with the participation of tri-forces, police and the public.

All Ministries, public institutions and other government organizations will observe two minutes silence from the 9.25 a.m. to 9.27 a.m., the time the tsunami hit Sri Lanka on this day in 2004.

Following the 2004 tsunami, Sri Lanka has declared December 26 as the National Safety Day to promote a culture of preparedness among the communities for disasters and to commemorate the people who lost their lives due to all natural disasters.

The tsunami, which occurred due to a megathrust earthquake that struck undersea off the coast of Indonesia's Sumatra Island, killed 35,322 people and rendered over 500,000 homeless in Sri Lanka.

The eastern and the southern shores were the most affected.

But the worst affected country was Indonesia, where more than 120,000 people were killed in Aceh province.

The earthquake is one of the deadliest natural disasters in recorded history. The catastrophe also caused major disruption to living conditions and economies in countries along the surrounding coasts of the Indian Ocean, including India and Thailand.