World Tsunami Awareness Day 2019: From Sumatra Tsunami in Indonesia to Messina in Italy, Here’s a Look at the Deadliest Tsunamis in History 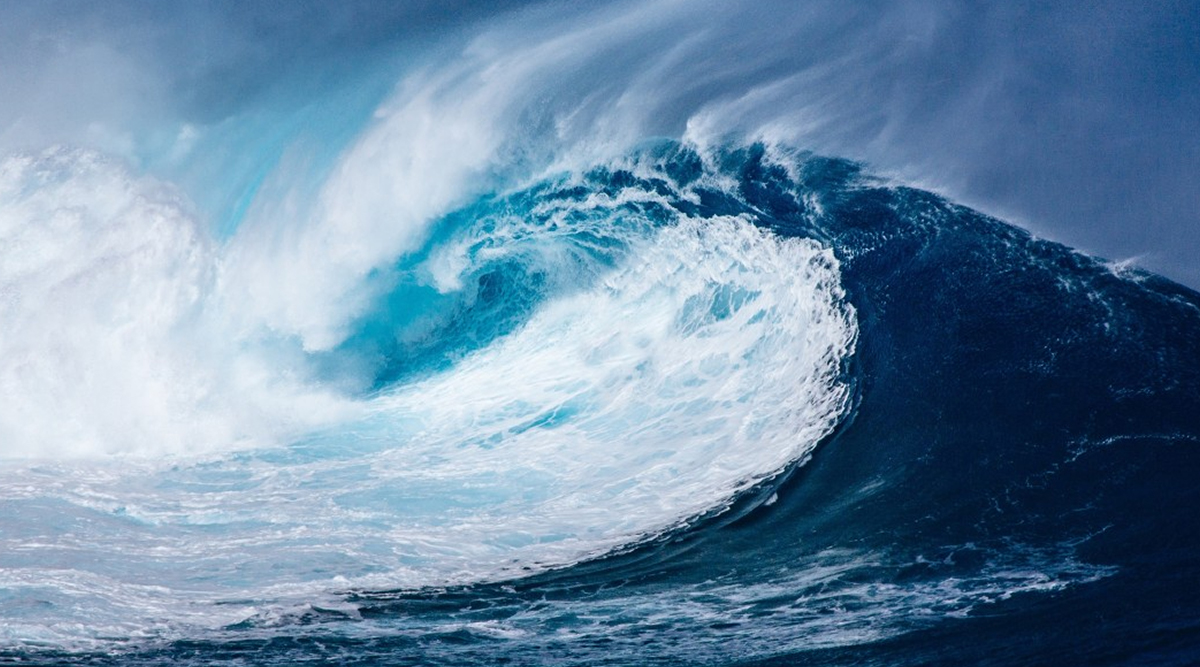 Tsunamis are rare events, but can be extremely deadly and have the potential of causing mass destruction.  In the past 100 years, 58 tsunamis across the globe have claimed more than 260,000 lives, or an average of 4,600 per disaster. In December 2015, the United Nations General Assembly designated November 5 as World Tsunami Awareness Day. As per records, the highest number of deaths in that period was in the Indian Ocean tsunami of December 2004, which caused an estimated 2,27,000 fatalities in 14 countries, with Indonesia, Sri Lanka, India and Thailand being the worst-hit.

The term "tsunami" comes from the Japanese 'tsunami' which means 'harbour wave'. Tsunamis are not termed "tidal wave" because these waves are not caused by tides. The world has frequently witnessed tsunamis throughout human history. The tsunamis have occurred in every ocean on Earth. According to history, 80 percent of the worst tsunamis occur in the Pacific 'Ring of Fire'. The Ring of Fire is a massive horseshoe-shaped ring encircling the Pacific basin, which is made up of a string of volcanoes and seismic activity. World Tsunami Awareness Day 2019: History, Significance of the Day to Create Awareness About the Devastating Natural Calamity.

How is a Tsunami Caused:

As a tsunami wave approaches shallow water over land, the wave slows down its speed. This causing the much quicker traveling water to pull up, extending the wave vertically. On reaching the shore, these waves can then be over 100 feet with multiple waves occurring in succession. Tsunamis can range in size from micro-tsunamis detectable only by sensitive instruments on the ocean floor to mega-tsunamis that can affect the coastlines of entire oceans.

Take a Look at the Deadliest Tsunamis in History:

Tsunami in Sumatra, Indonesia in December 2004

The deadliest tsunami in history occurred on December 26, 2004. The Indian Ocean earthquake and tsunami, also known as the Boxing Day Tsunami, occurred in Sumatra, Indonesia. It was an undersea megathrust earthquake of magnitude 9.1-9.3. The earthquake was caused by a rupture along the fault between the Burma Plate and the Indian Plate.

A series of large tsunami waves up to 30 metres (100 ft) high were created by the underwater seismic activity. The tsunamis killed an estimated 227,898 people in 14 countries including India, Sri Lanka, Thailand. The Indonesian city of Banda Aceh reported the largest number of victims. The earthquake was one of the deadliest natural disasters in recorded history.

Another deadliest tsunami in history had occurred in the North Pacific Coast, Japan on March 11, 2011. A magnitude-9 earthquake shook northeastern Japan, leading to a number of tsunamis in succession. Over 18,000 people were killed after a powerful tsunami travelling 800 km per hour with 10m-high waves swept over the east coast of Japan. Reports inform that the jolts of the massive earthquake were felt around the world, from Norway's fjords to Antarctica's ice sheet. Reports inform that more than 120,000 buildings were destroyed, 278,000 were half-destroyed and 726,000 were partially destroyed.

A strong earthquake of magnitude 7.1 had triggered a tsunami in Messina region of Italy in December 1908. The massive quake lasted for less than a minute but shook the cities of Messina and Reggio, causing severe damage. Moments after the quake, 12 meter tsunamis inundated nearby coastal areas, destroying almost all of the structures. As per reports, nearly 200,000 people were killed in the tsunami.

Tsunami in Northern Chile in August 1868

The tsunami which occurred in Northern Chile in the year 1868 was caused by a series of two significant earthquakes of a magnitude of 8.5. The quake had struck the coast of Arica, Peru (now Chile). Waves up to 21 m high were reported which lasted between two and three days. The natural calamity killed a total of 25,000 people and damage of estimated US$300 million were along the Peru-Chile coast.

Lisbon Earthquake and Tsunami in 1755

According to history, a massive earthquake of magnitude 9.0 wreaked havoc for several minutes Lisbon. The quake, also known as the Great Lisbon earthquake, occurred in the Kingdom of Portugal.  In combination with subsequent fires and a tsunami, the earthquake almost totally destroyed Lisbon and adjoining areas. The earthquake was felt in Africa, Greenland, all the way through Finland and in the Caribbean.

Nearly 30 minutes after the strong quake, three large tsunami waves inundated the area, forcing people to flee for their lives. Reports inform that in several area, fires engulfed buildings and raged for five days. An estimated 10,000 people lost their lives in Morocco while total life claim of the earthquake and tsunami was as much as 60,000 to 100,000 people.

Most of the deadliest tsunamis have been majorly reported from Indonesia and Japan, as the region is prone to earthquakes. Assessing the damage of a tsunami may take many months to years. Prior to the rise of the use of the term tsunami in English, scientists generally encouraged the use of the term seismic sea wave rather than tidal wave.