US Deploying Its Aircraft Carrier, Task Force in Iran 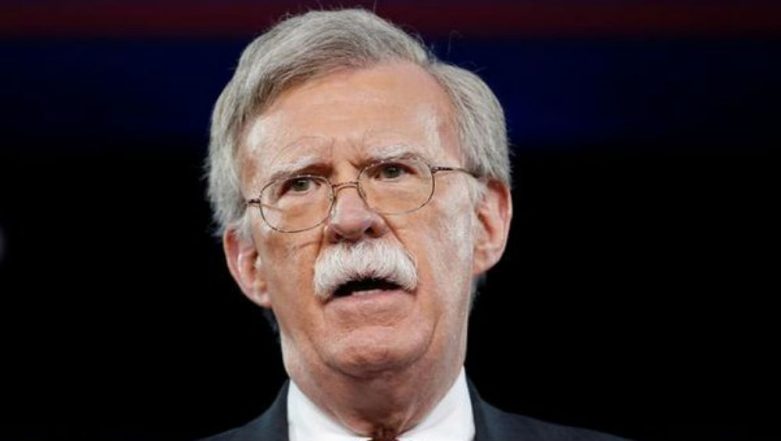 Last month, the US had announced that no fresh sanction waivers will be issued for Iranian oil importers - South Korea, China, India and five other countries. Last week, the US extended its waivers from 90 days to 180 days. This allows the continuation of work at several Iranian nuclear sites to continue with US penalties.

Additionally, the US also warned that assisting Iran in expanding its Bushehr Nuclear Power Plant could invite more sanctions."Iran must stop all proliferation-sensitive activities, including uranium enrichment, and we will not accept actions that support the continuation of such enrichment. We will also no longer permit the storage for Iran of heavy water it has produced in excess of current limits; any such heavy water must no longer be available to Iran in any fashion," US State Department spokesperson Morgan Ortagus said in a statement.

However, the US did not renew two waivers. One that allowed Iran to store heavy water produced in the uranium enrichment process in Oman and the other that allows Iran to swap Enriched Uranium for raw yellowcake with Russia. Since taking the pledge as the 45th president of the US, Donald Trump had been signalling to put sanctions on Iran. In 2018, he finally pulled out of Joint Comprehensive Plan of Action which allows Iran to continue with its nuclear ambition under some terms and conditions. Despite the US withdrawal from the nuclear deal in 2018, other signatories including France, Germany and the UK have vowed to remain a part of the deal. Trump Threatens to Lift Tariffs on Chinese Goods Ahead of Trade Talks.

Meanwhile, Iran has refused to bow down, terming US' recent sanctions as "economic terrorism"."They want to put pressure on the Iranian people in order to change their policy. That is the way the United States has acted for 40 years and, particularly since President Trump came to office, it violated a commitment by another US president, President Obama," Aljazeera quoted Mohammad Javad Zarif, Iran's minister of foreign affairs, as saying.

Iran has also threatened that any effort to put sanctions by the US will lead to the closure of Strait of Hormuz, the strategic waterways that is necessary to transport at least 20 per cent of the world's total oil. Meanwhile, Russia has also pledged to continue its bilateral relations with Iran.