India's foreign exchange reserves rose by $2.734 billion to $593.323 billion during the week that ended on June 24, the Reserve Bank of India's weekly data showed. 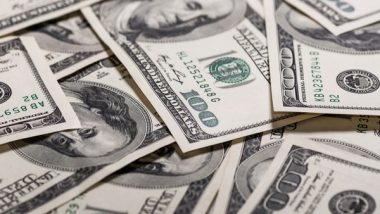 According to the RBI's data, India's foreign currency assets, which are the biggest component of the forex reserves, rose $2.334 billion to $529.216 billion during the said week. India's Forex Reserves Down by USD 311 Million to USD 603.694 Billion.

Further, gold reserves rose $342 million to $40.926 billion, special drawing rights rose by $55 million to $18.210 billion, and the country's reserve position with International Monetary Fund up by $3 million to $4.970 billion.

In the preceding week that ended on June 17, the reserves slumped by $5.87 billion to $590.588 billion as foreign portfolio investors pulled money out of the Indian equities amid mounting concerns of global recession.

The country's forex reserves had dropped for the third consecutive week, before rising last week, on account of RBI's likely intervention in the market to defend depreciating rupee.

During the preceding three weeks, the country's forex reserves had dropped persistently and it slumped by $10.785 billion cumulatively. Typically, the RBI intervenes in the market through liquidity management, including through selling of dollars, with a view to preventing a steep depreciation in the rupee.