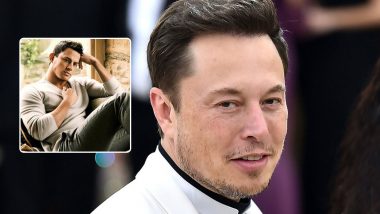 HBO along with actor turned executive producer Channing Tatum, are set to develop a limited series based on Elon Musk's space exploration company SpaceX. The series will have six-episode and it will be based on Ashlee Vance's book 'Elon Musk: Tesla, SpaceX, and the Quest for a Fantastic Future.' According to Variety, the series will document how Musk handpicks a team of engineers to work on a remote Pacific Island where they build and launch the first-ever SpaceX rocket into orbit. The Lion King Follow-Up In Works at Walt Disney Studios; Moonlight Fame Barry Jenkins to Direct the Live-Action Project

It led to the spur of a new era of privately funded space exploration, culminating in the first manned Space X launch of the Falcon 9 on May 30, 2020. The limited series will be written and executive produced by Doug Jung. Channing Tatum will also be executive producing the series through his production company Free Association, along with Reid Carolin and Peter Kiernan of Free Association. The Boys Spin-Off Series In Works at Amazon

While Michael Parets will oversee the project for Free Association, Vance and Len Amato will also executive produce. Variety further reports that Musk will not be attached to the show.