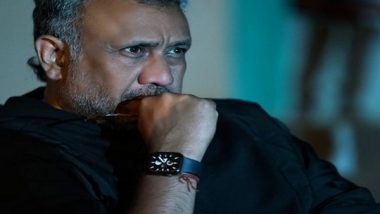 On Thursday night, Anubhav called out people in the industry for allegedly campaigning against Kartik.

Several rumours were doing the rounds on the internet stating that Kartik had been removed from multiple big Hindi films -- including 'Dostana 2' and Shah Rukh Khan's production 'Freddie'.

There are also speculations that Kartik was ousted from Aanand L Rai's upcoming film. However, Rai's spokesperson immediately issued a statement, describing the rumours as 'baseless'.

"These are baseless rumours. We've met Kartik for a different film and we are still talking. We have taken another film altogether to Ayushmann and this is a complete mix up," the statement read.

Reacting to such reports, Anubhav tweeted, "And by the way... when Producers drop Actors or vice versa they don't talk about it. It happens all the time. This campaign against Kartik Aaryan seems concerted to me and very bloody unfair. I respect his quiet."

A lot of fans came out in support of Kartik after reading Anubhav's tweet.

"When will the harrassment of self made up actors stop in Bollywood. Why can't nepotism gang stop bothering them. Why can't we boycott the nepotism gangs," another one tweeted.

Not sure about 'Dostana 2' but Kartik will surely be seen in 'Dhamaka' and 'Bhool Bhulaiyaa 2'. (ANI)