Actor-turned-environmentalist Juhi Chawla is celebrating her 54th birthday on Saturday. On her special day, the actor urged her fans and followers to plant trees as a birthday gift to her. 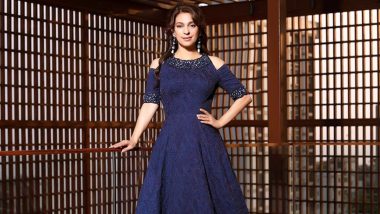 Actor-turned-environmentalist Juhi Chawla is celebrating her 54th birthday on Saturday. On her special day, the actor urged her fans and followers to plant trees as a birthday gift to her. The actor, who has set a new trend in B-town by pledging trees for the film fraternity as a birthday present, took to her Twitter handle on Friday night and wrote, "Hello family and friends, tomorrow is my birthday." Adele Recalls Being ‘Devastated’ and ‘Embarrassed’ by Her Divorce From Simon Konecki.

"I know you must be eagerly waiting for the day to dawn, to wish me and shower me with gifts!!! of course i'm joking.. many of you may not even remember!! but juusssttt in case you would care to here's a shameless and earnest request please plant trees!!! here is the link. At Rs 42 a sapling, please plant as many as you wish, it's not just for me.. it's for your children, for the Earth, for our entire well being..!!! lots of love," she added.

The former Miss India has also pledged hundreds of trees in the name of actors Tabu, Aamir Khan, Akshay Kumar, Amitabh Bachchan, and more from Bollywood, as a part of her Cauvery Calling, a movement launched last year by Sadhguru, Founder, Isha Foundation, to revitalize river Cauvery, a major lifeline of southern India which has depleted alarmingly in the last few decades. X-Men, Spider-Man and Marvel Zombies’ Animated Series Announced by Marvel Studios.

Juhi, who shares a close bond with superstar Shah Rukh Khan and his family, recently pledged 500 trees in the name of SRK's son Aryan, on his birthday. She also made headlines for signing the surety bond of Rs 1 lakh for Aryan after his bail in the drugs-on-cruise case. For the unversed, Juhi had also commemorated SRK's 56th birthday by pledging 500 trees in the actor's name. Last year too, she pledged the same on her 'Darr' co-star's birthday.

The veteran actor, who has been vocal about creating awareness for the betterment of the society at large, had catapulted to stardom with films like 'Qayamat Se Qayamat Tak', 'Darr', 'Ishq', 'Hum Hain Rahi Pyar Ke', and 'Yes Boss', among others.