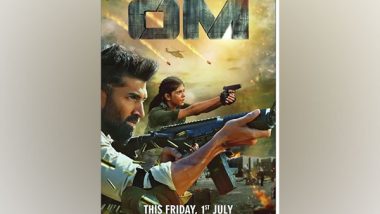 Helmed by Kapil Verma, the film also features Jackie Shroff, Sanjana Sanghi, Prakash Raj and Prachi Shah. The film released on July 1. It has been produced by Zee Studios and Ahmed Khan

Apart from this project, Aditya will also feature in Gumraah, the Hindi remake of 2019 Tamil release Thadam. (ANI)