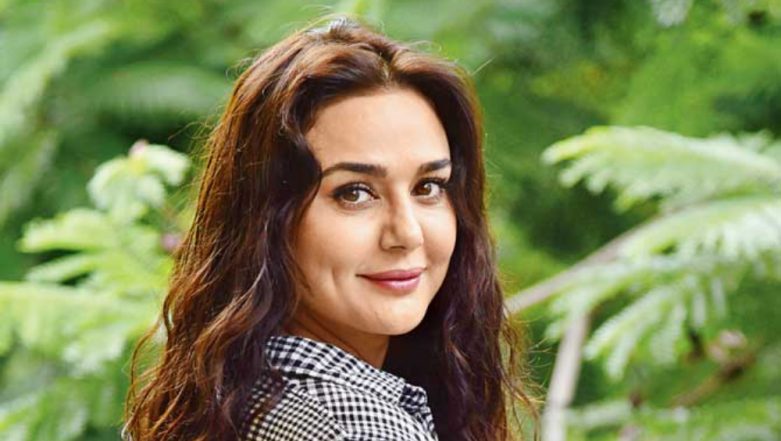 New Delhi, April 7: GoAir on Saturday denied reports of stopping actor Preity Zinta from boarding its flights. "Sections of the media have reported malicious and factually incorrect story that is false, fabricated and without any basis stating that 'Preity Zinta was stopped from boarding GoAir flight'," read a statement issued by the airline.GoAir has "strongly and completely" denied any such action.

"Contrary to the reportage, all the facts-on-ground clearly show that Preity Zinta had a smooth flight Mumbai to Chandigarh GoAir G8-381 on Saturday (March 30). Further, on April 2, she also booked herself on a return flight G8 382 from Chandigarh to Mumbai but did not show up. This clearly demonstrates that sections of media have reported mischievously and without verifying the facts with GoAir," the statement read. Sam Curran Performs Bhangra With Preity Zinta As Kings XI Punjab Wins Against Delhi Capitals by 14 Runs in IPL 2019 Match (Watch Video).

It may be noted that the airline is owned by Preity's former boyfriend Ness Wadia.