Goodnight Mommy Adaptation: Naomi Watts to Star in as the Lead in Official Remake of Austrian Psychological-Thriller

The English-language remake will be helmed by Take Me To The River director Matt Sobel, as per Variety. 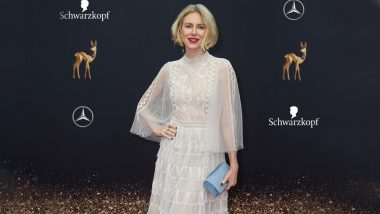 Hollywood star Naomi Watts will topline the remake of Austrian psychological thriller Goodnight Mommy for Amazon Studios. The English-language remake will be helmed by Take Me To The River director Matt Sobel, as per Variety. Kyle Warren penned the script for the film, which will be produced by David Kaplan, Joshua Astrachan, Valery Guibal and Nicolas Brigaud-Robert. The Good Nurse: Noah Emmerich, Kim Dickens Join Netflix’s Thriller Film.

The original movie had attained the status of cult classic when it released in 2014. It was later selected as the Austrian entry for best foreign language film at the Academy Awards. Starring Susanne Wuest in the lead, the story follows twin brothers who, when sent to stay with their mother, are surprised to find her swathed in bandages from a recent procedure. Tenet: Christopher Nolan’s Sci-Fi Thriller Is Now Available to Stream on Amazon Prime Video in India.

As her behaviour grows increasingly erratic and unusual, the twins become convinced she is an imposter. Their suspicion sets off a roller-coaster of emotional mind games and misunderstandings between mother and her children, that eventually explodes with irreparable and heartbreaking consequences.

Watts will also serve as an executive producer along with the original film's directors Severin Fiala and Veronika Franz. Amazon is developing the film in collaboration with Animal Kingdom and production company Playtime. Watts, who most recently featured in Netflix movie "Penguin Bloom", will next star in "Lakewood" and thriller "Infinite Storm".