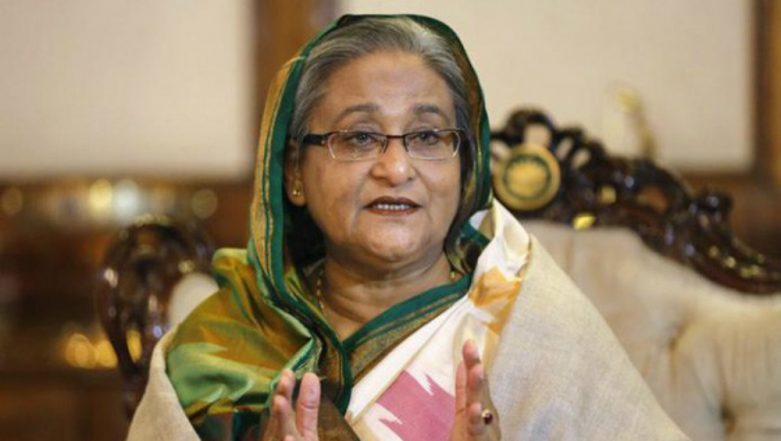 Bangladesh, May 18: The 38th homecoming day of Bangladesh Prime Minister and Awami League president Sheikh Hasina was observed on May 17. After six years in exile following the assassination of her father, Bangabandhu Sheikh Mujibur Rahman and her family by some disgruntled army officers on the night of August 15, 1975, Hasina returned home on May 17, 1981, as per Dhaka Tribune.

Senior leaders of the ruling party, Industries Minister, Commerce Minister, Awami League Presidium members, Bangladesh Medical Association greeted Hasina at her official residence Ganabhaban, marking the day. Bangladesh President Abdul Hamid praised the Prime Minister and said the country is moving ahead because of her far-sighted and strong leadership. Various other programs including a discussion at the Krishibid Institution of Bangladesh (KIB) were held on the occasion.