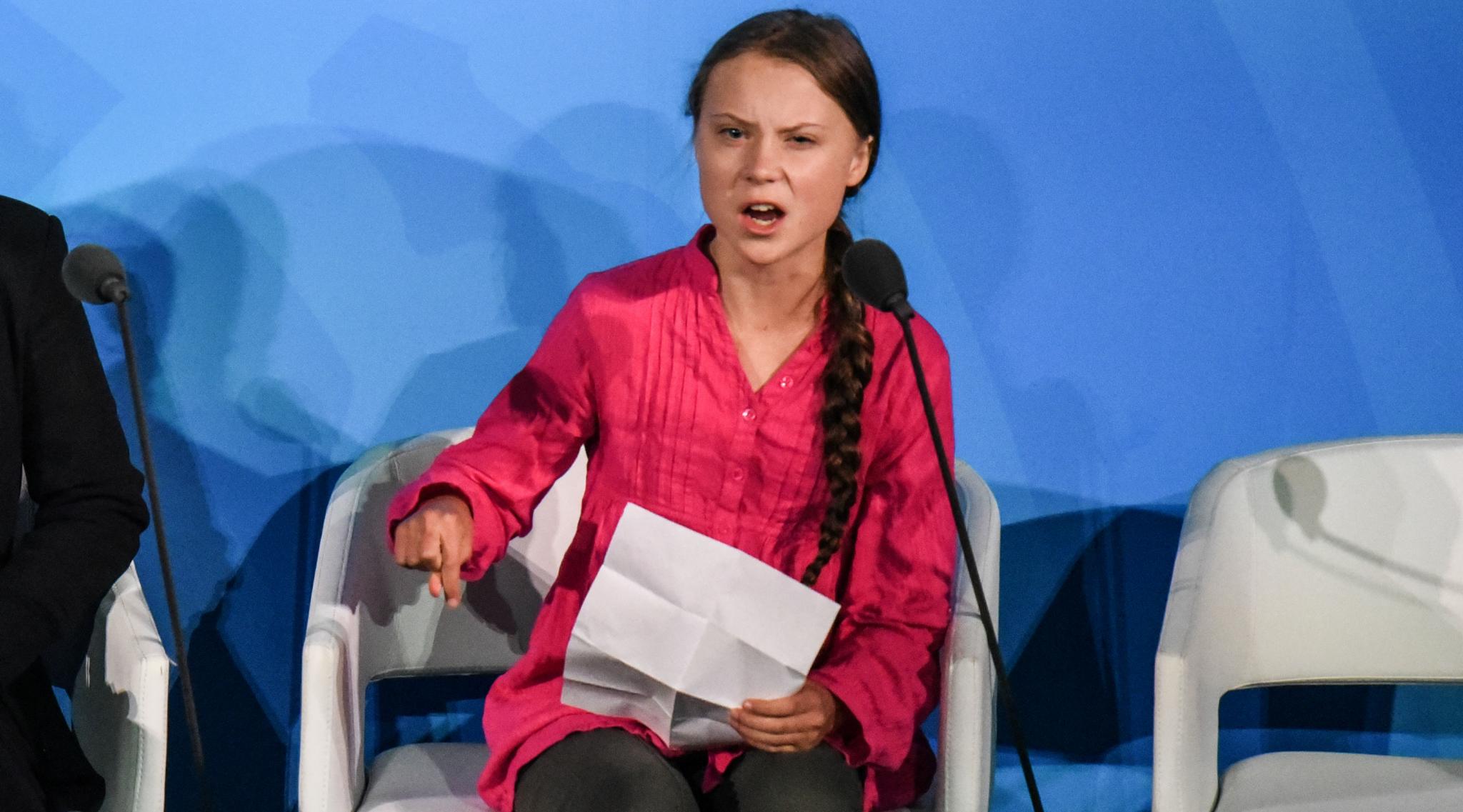 New York, September 24 : "You have stolen my dreams and my childhood with your empty words," were the emotional words of Greta Thunberg, the teenage Swedish environmental activist, who stormed at the world leaders gathered at the UN Climate Change summit in New York, adding, "We are in the beginning of a mass extinction and all you can talk about is money and fairy tales of eternal economic growth - how dare you! 'You Have Stolen My Dreams and Childhood,' Swedish Climate Change Activist Greta Thunberg Tells UN.

"Greta, who has become the global face of the growing youth movement against climate inaction, began her speech by telling her audience amusingly, "My message is that we'll be watching you. "Continuing a stinging speech, the activist addressed the pressing issue of the dangerous global heating across the world, saying, "I shouldn't be here. I should have been back at school, on the other side of the ocean. Yet you all come to us young people for hope. How dare you?"

"For more than 30 years, the signs have been crystal clear. How dare you continue to look away and come here saying that you are doing enough when the politics and the solution needed are still nowhere in sight," said the 16-year-old, who has taken a year off from her studies to spread awareness about climate change.She added that in her talks with leaders, she had been told that the youth were being heard and the urgency was understood.

"You say that you hear us and understand the urgency, but no matter how sad and angry I am, I do not want to believe that because if you really understood the situation, and still kept on failing to act, then you would be evil," she said."And that I refuse to believe," the activist stressed.

Thunberg has been protesting outside the Swedish Parliament every Friday since August 2018 against inaction over climate change. The teenager said that the popular idea of cutting down emissions in half in ten years only gives a 50 per cent chance of staying below 1.5 degrees and the risk of the setting of irreversible chain reactions beyond human control.

Thunberg, then detailed that various solutions of climate conservation were being missed, further heightening the risk of "irreversible chain reactions beyond human control. "The Climate Change summit was hosted by UN Secretary-General Antonio Guterres to give a boost to the 2015 Paris Agreement and address the global climate emergency. Greta Thunberg, 15-Year-Old Climate Change Activist to Sail on Zero-Carbon Yacht to America for UN Climate Talk.

US President Donald Trump also attended the summit but did not deliver a speech on the occasion. The United States had pulled out of the accord in 2017, saying, "The Paris accord will undermine (the US) economy and will put (the US) at a permanent disadvantage."