Meanwhile, another woman, who was under treatment for white fungus in an Indore hospital, is now healthy. The fungus that was removed from her brain is reportedly India's largest fungus in dimensions. 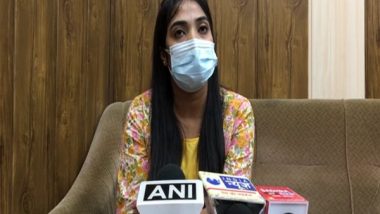 Indore, June 15: A 34-year-old patient has been airlifted from a private hospital in Indore to Mumbai's Hinduja hospital on Monday after being detected with 'green fungus' infection, possibly the first such case in the country.

"The 34-year-old man, COVID patient, was being treated in Indore's Aurobindo hospital for the last one and a half month. He had 90 per cent lung infection. During diagnosis, green fungus was detected in his lungs which is different from Mucormycosis or Black Fungus. This possibly is the first green fungus case in the country," said Apoorva Tiwari, District Data Manager, Health Department, Indore.

She also said that the patient was airlifted to Mumbai on a chartered plane on Monday. Meanwhile, another woman, who was under treatment for white fungus in an Indore hospital, is now healthy. The fungus that was removed from her brain is reportedly India's largest fungus in dimensions. Mucormycosis in India: What Makes People Prone to Black Fungus? Know How the Fungal Infection Is Linked With Diabetes, Post COVID-19 Treatment and More.

"The woman was admitted to a private hospital on complaints of headache. Upon diagnosis, a large fungus was found in her brain. The size of the fungus was 8.2 cm x 4.6 cm x 4 cm, which is probably India's largest white fungus. This is also a post-COVID effect," she added. "However, the fungus has been removed from her brain and she is now better and has been discharged," Apoorva said.