Maharashtra: 55-Year-Old Man Beaten to Death by Son Over Argument for Money in Aurangabad

The incident took place on Tuesday in Moodhi Bakapur village of the Aurangabad police station area. 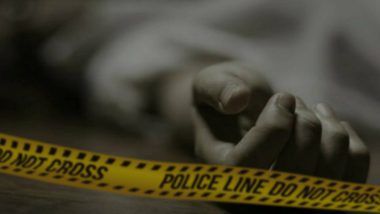 Bulandshahr June 30: A 55-year-old man was beaten to death by his son in a village here, police said on Wednesday, adding the accused has absconded. The incident took place on Tuesday in Moodhi Bakapur village of the Aurangabad police station area.

An argument over money turned violent and Kamal (32) beat his father, Prakash, with a wooden cot leg, they said, adding he then fled from the spot. Prakash suffered severe injuries in his head. He was taken to a community health centre in Lakhavati and was referred to the district hospital where he succumbed to injuries during treatment. Jobless Man in Delhi Kills Father, Injures Mother by Attacking With Knife After Argument Over Money.

A case was registered against Kamal on the written complaint of deceased's wife. According to the complaint, Kamal had asked for money for his daughter's treatment.