The MCD will be approaching Delhi LG VK Saxena to seek a date on which the Municipal House can be convened so that the councillors can take oath, and a mayor can be selected. 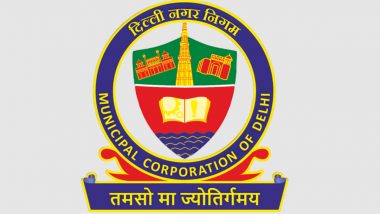 New Delhi, December 9: The AAP will decide on the probables for the mayor's post after the Delhi LG gives a date for the house to be convened, a party functionary said on Friday.

The MCD will be approaching Delhi LG VK Saxena to seek a date on which the Municipal House can be convened so that the councillors can take oath, and a mayor can be selected. MCD Elections Results 2022: 784 Out of 1,349 Candidates Lose Security Deposit.

"Nearly 55 per cent of our women candidates registered wins in the MCD polls and since the first mayor will be a woman, we have plenty of choices. We are waiting for a date to be given by the LG and then we will decide on the person for the post," the functionary said.

In a related development, Delhi BJP chief Adesh Gupta said the MCD mayor will be from the AAP and the BJP will play the role of a "strong opposition", ending speculation over the saffron party staking a claim on the mayor's post despite losing the civic polls. Delhi MCD Election Result 2022 Ward-Wise Full List of Winners: Names Of Winning Candidates of BJP, AAP and Congress in Municipal Corporation Polls.

The AAP got a shot in the arm after two Congress councillors joined it on Friday taking the total number of council to 136. There is no anti-defection law in the MCD. The AAP won 134 wards, while the BJP won 104 wards in the recently concluded MCD elections, ending BJP's 15-year rule over the civic body.