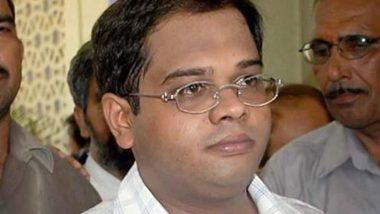 The committee on October 15 dismissed Amit Jogi's claim of being a tribal and canceled his caste certificate. The returning officer also rejected the nomination of Amit Jogi's wife Richa Jogi for the same bypoll on the same ground. Also Read | Gyms, Fitness Centres to Reopen in Maharashtra From October 25 Under COVID-19 Safety Norms.

"A total of 19 candidates had filed nominations for the Marwahi bypoll scheduled for November 3. Of them, nomination papers of six candidates, including Amit Jogi and Richa Jogi, were rejected after scrutiny," an election official said.

The candidates can withdraw their names from the contest till October 19, he added. "Marwahi seat is reserved for ST category and both Amit Jogi and Richa Jogi do not have valid caste certificates as of today, therefore their nominations were rejected," he said.

The High Level Certification Scrutiny Committee on October 15 canceled Amit Jogi's caste certificate which claimed that he was member of the Kanwar community. The ST caste certificate issued to Richa Jogi was suspended on Thursday by a district-level verification committee of Mungeli, the official said.

A senior government official said that Amit Jogi's tribal caste certificate was canceled on the ground that his father Ajit Jogi's certificate as belonging to a tribal community was canceled in August last year. Amit Jogi alleged that the action was taken at the behest of Chief Minister Bhupesh Baghel.

"The high level caste scrutiny committee suddenly canceled my certificate. Except me, everyone was aware of it. I sought time to read it but was not allowed," Jogi said. "The move to prevent me from contesting elections has proved that the government has finally admitted that it is not just difficult to beat Jogi, it is impossible. It has been done at the behest of the Chief Minister," he alleged.

"We will fight a legal battle and win our honour and rights," he added. After becoming the first Chief Minister of the state in 2000, Ajit Jogi contested a by-election from Marwahi in 2001 and won. He emerged victorious in the 2003 and 2008 Assembly elections as well.

In 2013, Amit Jogi successfully contested from Marwahi. In 2016, Ajit Jogi quit the Congress and floated Janta Congress Chhattisgarh (J). He won from Marwahi again as JCC (J) candidate in 2018 polls.