Get latest articles and stories on India at LatestLY. The Central Government on Friday notified the names of nine advocates as Delhi High Court judges. 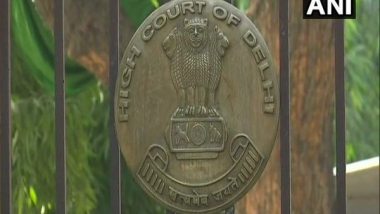 Law and Justice Minister Kiren Rijiju on Friday tweeted and stated that "In exercise of the power conferred under the Constitution of India, the following advocates are appointed as Judges of Delhi High Court."

Recently the Supreme Court Collegium has approved the proposal for the appointment of several lawyers as judges of the Delhi High Court.

The Delhi High Court is currently operating at a strength of 35 judges as opposed to its sanctioned strength of 60. (ANI)