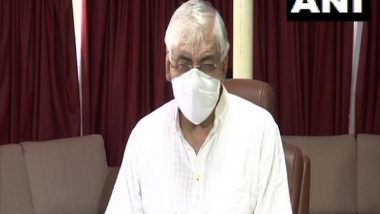 Deo further said that the state government aims to administer at least 1 lakh doses per day.

"Vaccine wastage is 0.95 per cent as opposed to 30 per cent wastage presented in reports. The way things are presented leads to a difference in vaccine percentage and then you have to justify it," the Health Minister said.

He added, "Now we can expect to have better availability of vaccines. If we have all the stock to vaccinate the 18 plus age group, we would want to administer at least 1 lakh doses per day."

Earlier, the Union Health Ministry had reported that about 30.2 per cent of vaccine doses in Chhattisgarh were wasted.

Deo further said that the previous vaccination policy had led to a situation where despite the ample availability of vaccines, people were not vaccinated as the stock was abundant for the above 45 age group but not enough for 18-44.

"Earlier, for the 18-44 age group, we had only enough stock to last three days, while for the 45 plus age group we had enough vaccines to last 348 days. The (previous) policy led to a situation where despite vaccine availability people were not vaccinated. But now, we are expecting more vaccines," he said. (ANI)