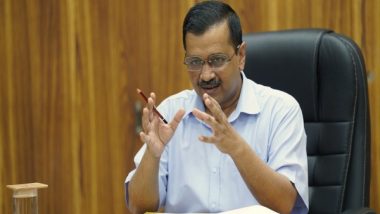 According to Chief Minister's Office (CMO), Kejriwal held the first meeting with the expert committee and the second with the preparation committee.

Notably, on the instructions of Kejriwal, two committees were formed for the preparations for the possible third wave of COVID. On May 27, Delhi Government formed a 13-member panel under the chairmanship of ACS-Power Satya Gopal to prepare the "third wave action plan for augmenting the health infrastructure".

"The experiences of other countries show that we have to prepare in advance for it, being wary of a possible third wave of Corona. In view of this, today the Honorable Chief Minister Arvind Kejriwal held a meeting with the Expert Committee. Several important issues were discussed with the committee," said the Delhi Chief Minister's Office in a tweet.

He later held a meeting with the 'Preparation Committee' up for preparations of a possible third wave of COVID-19.

"After the meeting of the Expert Committee today regarding the possible third wave of Corona, Chief Minister Arvind Kejriwal also held a meeting with the Preparation Committee. The government has started preparations on many fronts, be it oxygen management or ICU beds," the CMO said in another tweet.

The national capital has been under lockdown since April 19 in view of the massive surge in COVID-19 cases in the second wave of the pandemic. The city's healthcare infrastructure and crematoriums were hugely overburdened. The situation has, however, improved significantly. (ANI)