The dog squad of Delhi Police has reached the spot. 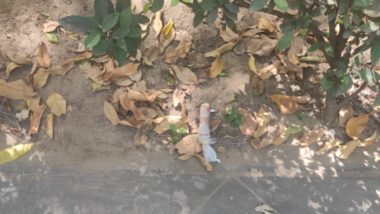 New Delhi, April 5: A suspicious object has been found near the National Media Centre near Raisina Road in New Delhi on Monday morning, according to the Delhi Police.

The dog squad of Delhi Police has reached the spot.