A court here on Thursday came down heavily on the Delhi Police for its probe into a 2020 riots case, saying that its failure to conduct a proper investigation will "torment" the sentinels of democracy when history will look back at the worst communal riots in the national capital since partition. 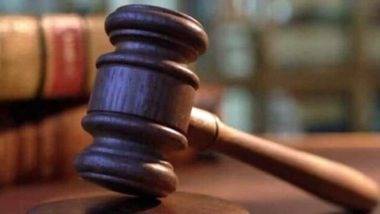 New Delhi, September 2: A court here on Thursday came down heavily on the Delhi Police for its probe into a 2020 riots case, saying that its failure to conduct a proper investigation will "torment" the sentinels of democracy when history will look back at the worst communal riots in the national capital since partition.

The court, which discharged former AAP councillor Tahir Hussain's brother Shah Alam and two others in a case related to alleged loot and vandalization of a shop during the riots in February 2020 at Delhi's Chand Bagh area, also called the probe “callous and indolent" which gives an impression that a constable was planted as a witness. Also Read | The Border Security Force on Thursday Foiled an Infiltration Bid by Narcotic … – Latest Tweet by IANS Tweets.

Additional Sessions Judge Vinod Yadav called the case a colossal wastage of the hard-earned money of taxpayers in which the police merely tried to pull the wool over the court's eyes and nothing else. Also Read | Samsung Galaxy Tab S7 FE Wi-Fi Variant Launched in India at Rs 41,999.

The court noted that there was no CCTV footage of the incident to confirm the presence of the accused at the spot, no independent eye witness, and no evidence regarding the criminal conspiracy.

“I am not able to restrain myself from observing that when history will look back at the worst communal riots since partition in Delhi, it is failure of investigating agency to conduct proper investigation by using latest scientific methods will surely torment the sentinels of democracy,”the judge said.

He further pointed out that the case seemed to have been solved merely by filing the charge sheet without any real effort to trace out the eye witnesses, real accused persons, and technical evidence. Furthermore, the court said that the probe lacked sensitivity and skillfulness.

“This court cannot permit such cases to meander mindlessly in the corridors of judicial system, sweeping away precious judicial time of this court when the same is open and shut case,” the judge observed.

The court said that after investigating this matter for so long, the police presented only five witnesses -- the victim, Duty Officer, formal witness, investigating officer (IO), and a constable, who had identified the three accused.

The judge said that the delay on the part of the constable to report the incident gives an impression that he has been planted in the case. He said that no real or effective investigation has been carried out and the police have just tried to show the case as “solved” merely by recording the statement of the constable, that too at a belated stage.

“The evidence brought on record by the investigating agency in the case in hand miserably falls short for framing charges against the accused persons. Accordingly, all the three accused persons are discharged from the case,” the court added.

Alam's brother Tahir Hussain was arrested under the Unlawful Activities (Prevention) Act in the northeast Delhi riots conspiracy case and is currently in judicial custody. He is also an accused in several other cases.