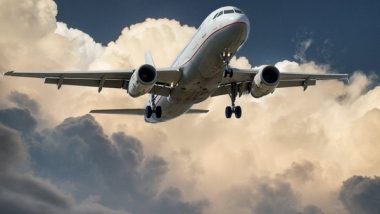 "During the period of four months commencing from 1st January 2022, DGCA has carried out 48 enforcements actions for the violations of the various requirements of the Regulation regarding testing of the crew for the consumption of the alcohol. During this period nine Pilots and thirty-two cabin crew were found BA positive," stated the DGCA.

"In Enforcement Actions for Breath Analyzer Violations for the Year 2022, DGCA strictly enforced the requirements on the Breath Analyzer testing of the crew for the consumption of the alcohol even during the prevailing pandemic conditions," DGCA said.

IndiGo Airlines Denies Boarding to Child With Special Needs at Ranchi Airport Even As Co-Passengers Say He Should be Allowed; Watch Video

"The remaining thirty-seven crew members were suspended for a period of three months for being tested BA positive for the first time. Other enforcement actions were related to missing BA test or not furnishing the declaration." DGCA Arun Kumar said.

In April, the Directorate General of Civil Aviation (DGCA) restrained 90 pilots of SpiceJet airline from operating Boeing 737 Max aircraft after finding they were not properly trained. (ANI)